What was an uninteresting

Corner of the room is now looking quite nice. Only just filled the larger tank so there are some more plants and rocks to be added. The lighting also needs to be sorted at some point. 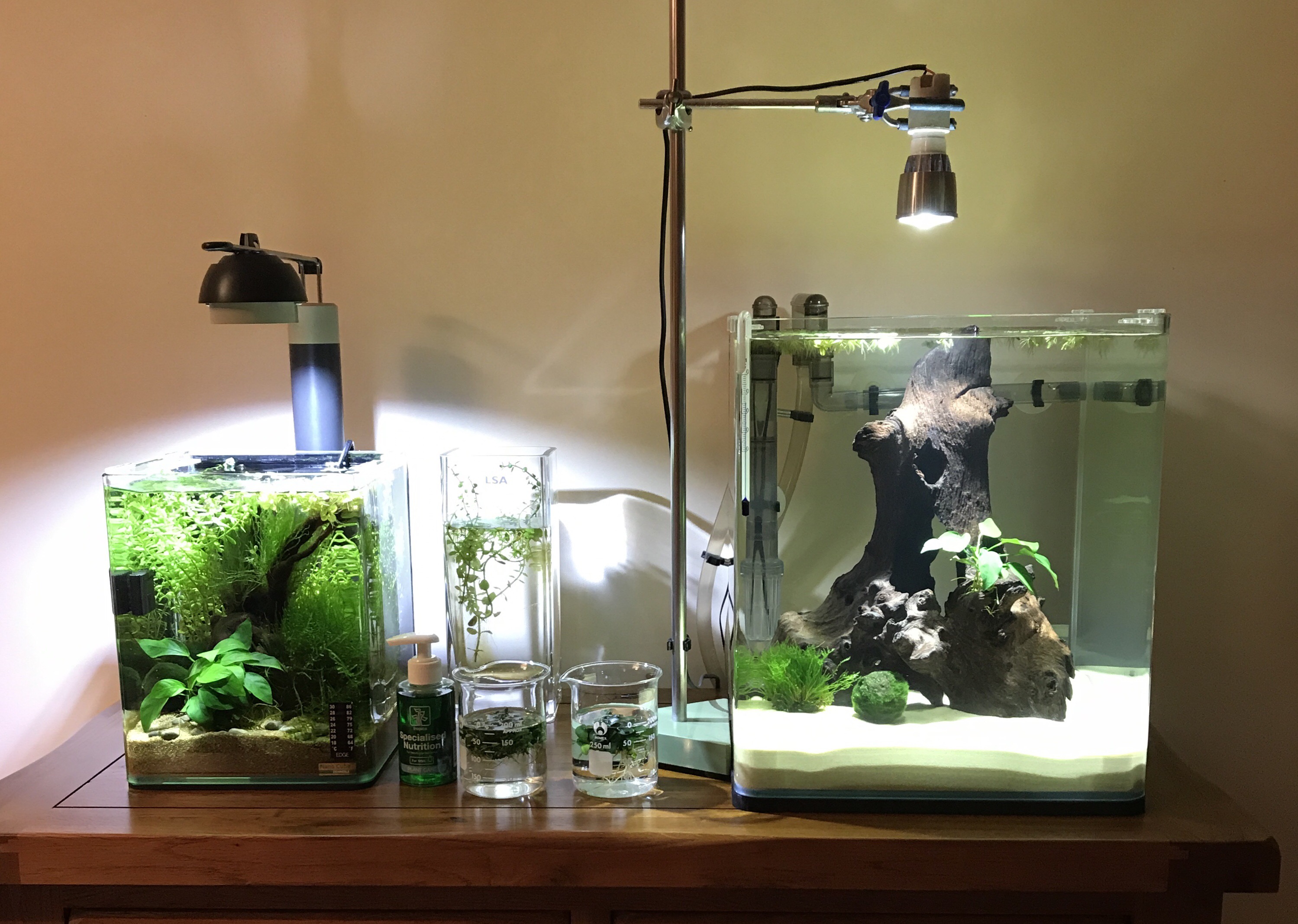 Nice lil scape corner you got there
Cheers
Jay

£3.25 has to be a bargain for an Aquarium light. I’ve ordered some aluminium tube though to make a proper lamp holder.

I love it. Such an interesting combination of tanks in a compact space. You’ve created your own micro zoo - maybe charge a small entrance fee when friends come over

Just a quick update. The 37L is doing really well at the moment. I did have a problem with brown algae on the plants and glass etc. But ... I had a cunning plan as they say! I glued the Anubias to small stones. This enabled me to remove them from the tank easily, take off the algae with a brush and put them back! The Java Moss was also glued to a stone and removed from the tank and placed in a container of water with some algaecide. A couple of days later it was put back. I have recently put in a cleaning crew of about a dozen shrimp though and they are doing a fantastic job of cleaning the tank. They’ve eaten any remaining brown algae and are now working on some filamentous algae on the moss. They have scoured the bogwood and it’s looking great.

The small 10L tank is overgrown now and needs another trim. Both tanks operate on rain water and I’ve been doing regular water changes. Due to algae problems I’ve not been putting much liquid fertiliser in but the plants have still been growing well anyway. I’m now gradually adding some liquid feed to ensure the plants keep growing. One strange thing, the floating plants are growing really well in the 10L and are a good size but seem to be getting smaller and smaller in the 37L?

One thing I must do is get rid of those hideous green Eheim inlet and outlet pipes. Probably go for stainless if I can get some or grey plastic.

One of the Anubias has flowered, what happens next? Does the flower die off or what? 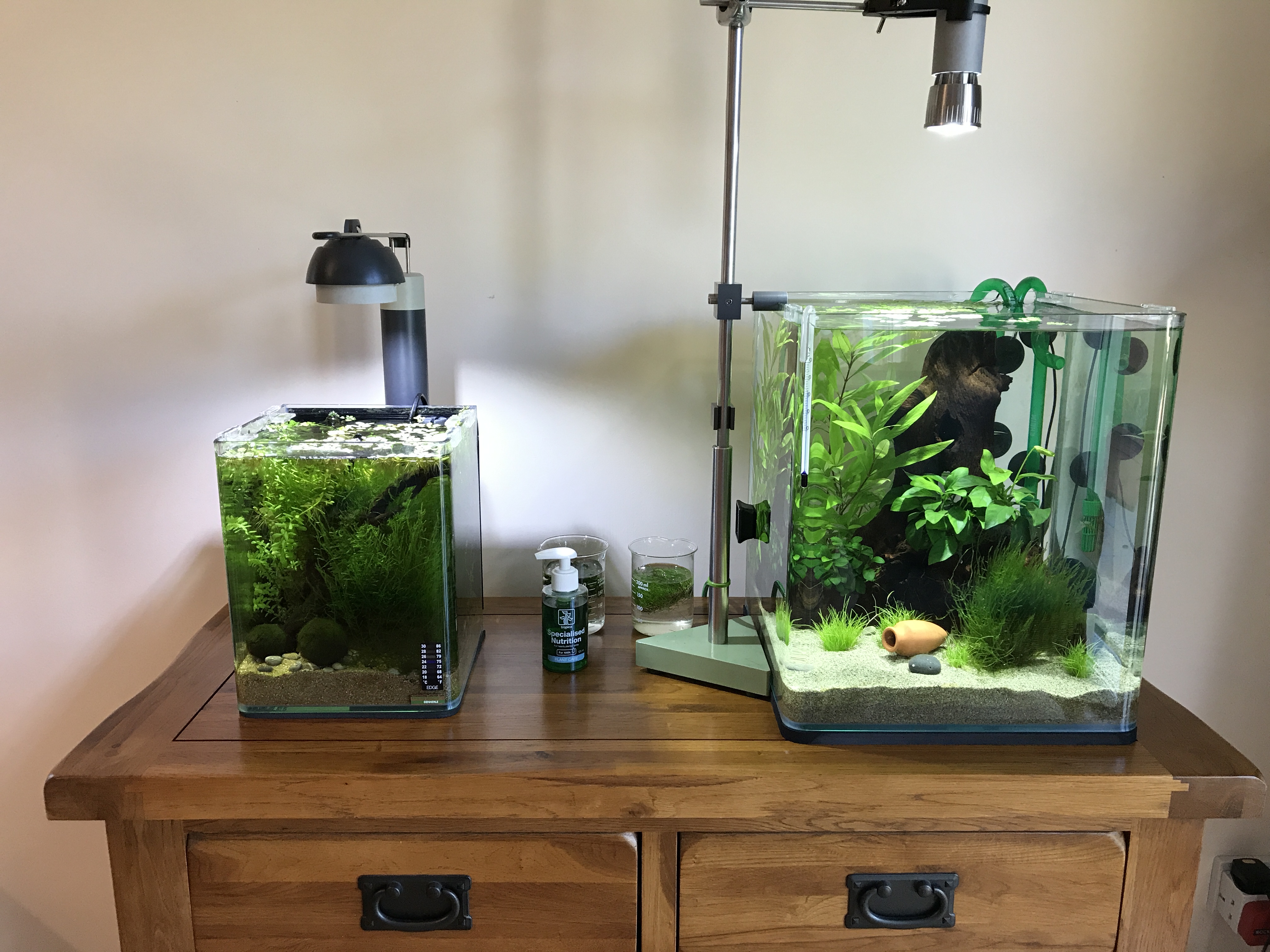 Is there so much flow in the 37litre that the floating plants are getting submerged or their leaves wet in some other way? This is one cause of issues...

Yes the anubias flower will die off after a few days

Yes the flow in the bigger tank is much stronger although the plants aren't getting submerged. The Anubias flowered several weeks ago and it’s still there so doing well.

Aqua sobriquet said:
One strange thing, the floating plants are growing really well in the 10L and are a good size but seem to be getting smaller and smaller in the 37L?
Click to expand...

It will be a nutrient effect.

That is partially why I prefer Pistia, Salvinia and Limnobium (to the original Duckweed (Lemna minor)) for the <"Duckweed Index">, they get smaller under lower nutrients, whilst Duckweed tends to just die.

What colour are the smaller plants?

The big ones have been taken from the small tank and are about 8 - 11mm long. The big ones are a little bigger than when I first bought them in the pot. The small ones are considerably smaller. When I get a minute I’ll take a picture of some that are outside in a trug. 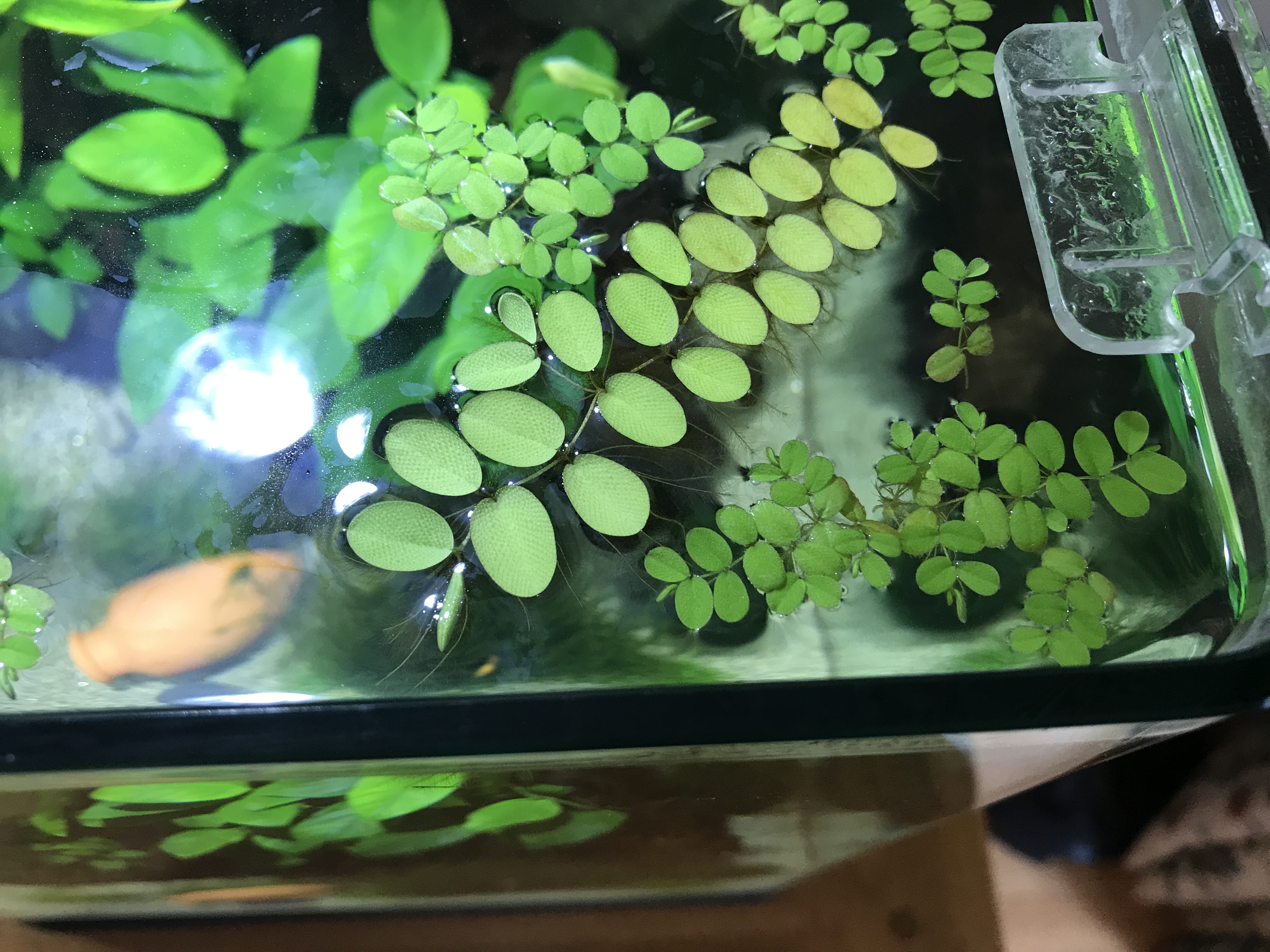 Aqua sobriquet said:
The big ones are a little bigger than when I first bought them in the pot. The small ones are considerably smaller.
Click to expand...

The new leaves look a healthy colour, but the older leaves are definitely struggling. Because it is the older leaves it is a mobile nutrient, and nitrogen (N) and potassium (K) are the most likely ones to be deficient.

Aqua sobriquet said:
When I get a minute I’ll take a picture of some that are outside in a trug.
Click to expand...

Much bigger (<"and bronzed?">) in the trug would be my guess, so it might be a light intensity issue as well. These plants grow naturally under tropical sun-light, which is really intense.

It had just been raining but these are the ones outside. The leaves are the same size as when bought but are actually smaller than the largest leaves in the small tank. 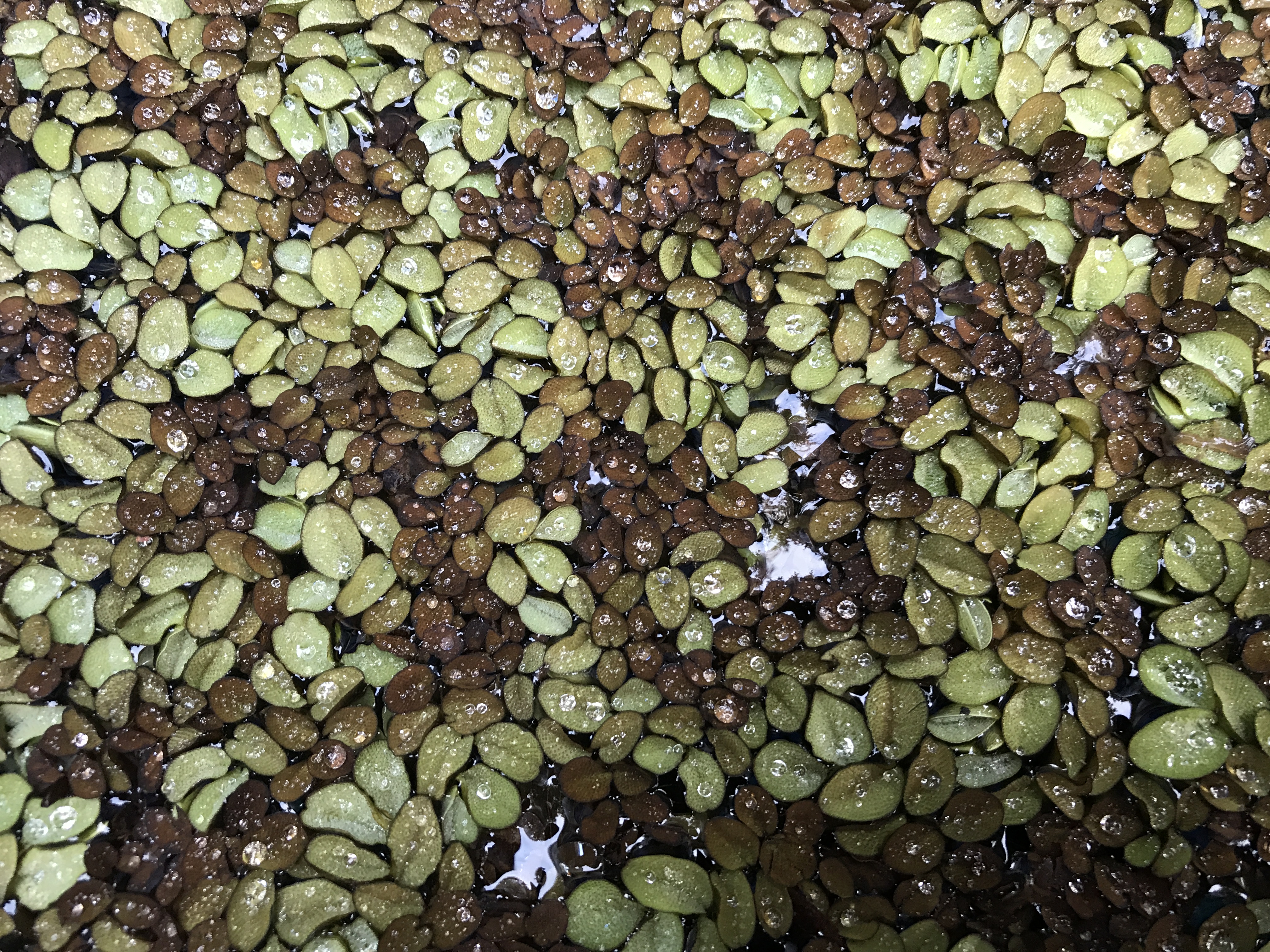 Aqua sobriquet said:
but these are the ones outside
Click to expand...

Mine on the pond look the same. They are beginning to suffer from cold and/or lack of light.

If you turn the plants over they will probably have formed <"sporocarps">, but as far as I know even these don't over-winter successfully in the UK.