Thoughts on this one? 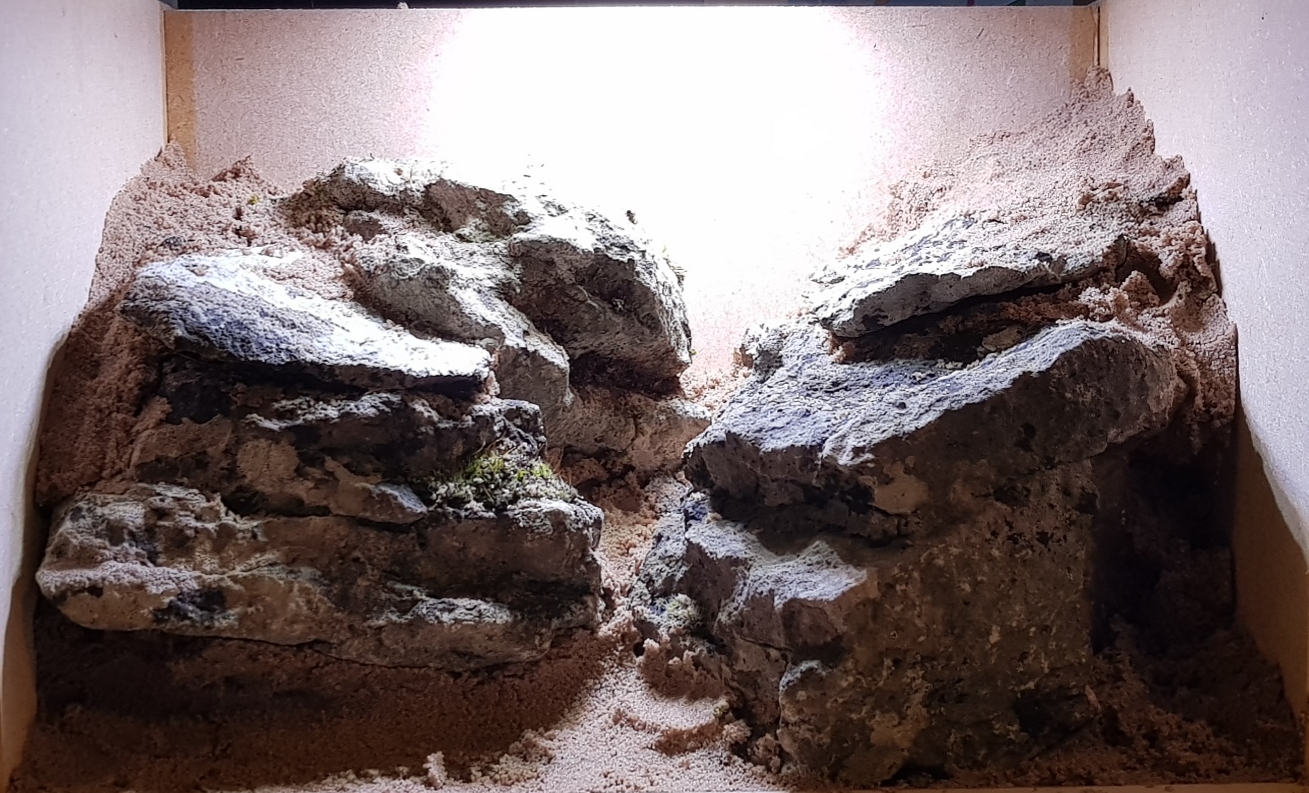 Nice rock, I like it a lot. What type is it? Is that lots of pieces joined together or a big piece on each side?

It looks really good. What are you thinking of for planting it?

If they are Limestone rocks unless I am mistaken you are going to have a very hard water tank.

Have you checked out the suitable inhabitants and plants?

Near enough is not good enough, therefore good enough is not near enough, and only your best will do. Keith: many years ago.
Admin. GBG https://glassboxgardeners.com/
Admin. ASW http://www.aquascapingworld.com/

Kezzab said:
Thanks keith, same rock been used with success in 2 other scape. No live stock in this either. Not corncerned about effect o water.
K
Click to expand...

That's interesting to hear, do you seal them or take not of any effects they have on your water?
Worth a look maybe @Barbara Turner

I dont do anything to them. As i understand it (TM @dw1305 ) its very old limestone and does not have a huge effect on water parameters. Irrespective, i do 2x water changes a week on this tank, one abou 50% and one about 80%, so it doesnt make much odds.
K
https://www.ukaps.org/forum/threads/bite-the-bullet.56440/
https://www.ukaps.org/forum/threads/nano-15ltr-scape.39715/

Keith GH said:
If they are Limestone rocks unless I am mistaken you are going to have a very hard water tank.
Click to expand...

Kezzab said:
its very old limestone and does not have a huge effect on water parameters.
Click to expand...

They <"are limestone">, and they will have some effect on water hardness, but it will be relatively small, because they are old (Carboniferous age about 320,000,000 years old) and very hard.

We have <"rock of that age"> in Ireland, around Bristol, S. Wales, White Peak, Pennines and as a ring of rock around the Lake District.

Where the limestone is exposed, <"as "limestone pavement">, you get micro-solution features (from the rain) called "karren". This has allowed people to age <"Neolithic portal dolmens etc">, where the orientation of the cap rock has changed from its orientation in situ.

In Ireland, where it rains a lot, you can get peat bogs form directly on top of the limestone, because the rain is leaching away the bases more quickly than they are coming into solution. A few years ago I used to go to the Carron Turlough (in County Clare) where there is a magnificent <"limestone heath">, with transition from peat bog to bare limestone over about 30cm distance.

Kezzab said:
Hi, its limestone that i collect locally, mainly look for interesting bits on drystone walls when i walk the dog! L
K
Click to expand...

Are you taking the rocks directly off dry stone walls?