Any ideas when this product will be available? I noticed prices on Swell alyhough there are no products instock. The prices listed do not seem particularly competitive with existing products. That is unless they are not correct prices.

All the prices quoted on swell are correct, it works out more expensive per litre than ADA!
Don't believe the hype.

I wonder if those prices are correct, TMC are doing 15kg buckets and i recon what is labeled on the site is the price for 15kgs? To my knowledge, 10kgs is meant to retail around £35 which is the same price as ADA but with an 1kg.

TMC have never been cheap have they?

TMC Nutrasoil is sold by the Kg.

ADA Aqua Soil is sold by the Litre.

I wonder if 1 Kg weighs more than 1 Litre...
www.georgefarmerstudios.com

LondonDragon said:
If new companies want to break into the market surely they need to price their stuff much lower than ADA, otherwise people will just buy ADA! Makes no sense otherwise. Use a new product for the same price or an established product that everyone knows works well? No choice really!
Click to expand...

90% of the aquatics market haven't even heard of ADA mate, they'll see AquaGro on the shelf in MA and dive in as there is nothing to compare it to, it's hard to find Columbo in an LFS let alone ADA.

Most companies are trying to make money at the end of the day, I know exactly how much this product costs to produce and they simply have to be sold at this price to maintain a margin. ADA buy in bulk and sell millions of bags all over the world so it's cheaper for them, they still have a massive margin on it, more than TMC etc but they've payed less for it in the first place. TMC are only rolling it out in the UK so have only bought small amounts of it which consequently makes the costs higher. If it's a success I dare say the price will reduce over time as they can afford to dedicate more capital to it.

I'm sure those prices are wrong anyway!

TMC Nutrasoil is sold by the Kg.

ADA Aqua Soil is sold by the Litre.

That's very possible. I doubt a 3l bag of Aquasoil weighs 3kg. Anyone got one to test? Would powder weigh more?

just weighed a litre of ADA amazonia... it weighed just under 1.1 KG... see pic not at all scientific/accurate/to be relied upon. 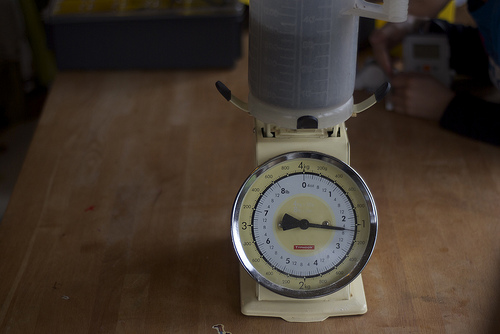 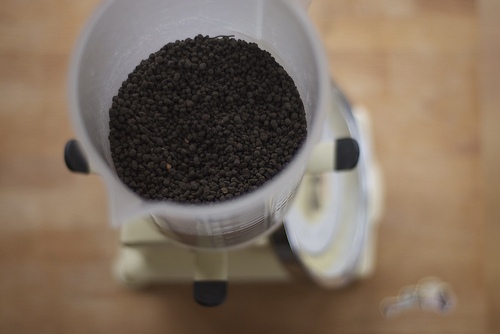 Was the Aqua Soil straight out of the bag?
www.georgefarmerstudios.com

yep straight out of the bag... which has been open for ages, but sealed with a plastic clip. I just poured it into the jug and stopped when I got to 1 litre. I gave it a little shake to get it level.

1 liter of Aquasoil weights approximately 1 kg, but this might vary depending on the humidity of the particular lot.

I wonder what is special about the Japenese clay? Perhaps it is just that the process is established overthere and there are no start up costs with thier supplier?

Otherwise there is clay all over the world and stuff from Japan is not often cheap. I think I did read the origin is from Japan or perhaps im mistaken?

I do wonder Dan about what you were saying about ADA. I think you are right the aquatics industry at large may not know ADA, TMC is a much better known brand generally, at least in the UK. But I am not so sure people will be willing to pay that kind of money. I mean if you have an interest in planted aquariums I would have thought (me being naive perhaps) that those people would have found thier way into planted forums etc. There have long been other cheaper planted substrates in your MA etc aswell.

Anyway I hope they do manage to bring their prices down and also that there would be a 15kg option. The latter and also the information they provide on their product may persuade me to try them. So far I cannot acertain if their product contains any nitrogen. Last time I read about it seemed a bit vague. Do you know?
1600 Litre Sanjarami | UK Aquatic Plant Society
700 litre - Forest's Edge | UK Aquatic Plant Society
300 litre - Wapoga River
T

And then there's Fluval Stratum. Another of these soils

Hey folks, I just had this confirmation of RRP from TMC...