I have some ramshorns in my tank but recently all the large ones seem to be dying off. There are still a fair few smaller ones but a couple of months ago I noticed the empty shell of a couple of the larger ones and since then it seems that once they get to about 1cm they die off.

I don't think anything would have predated them (tank only had sterbai Cory, black neon tetras Otis, shrimps and snails) but did think that the MTS might be outcompeting them for food but I rarely see empty shells of smaller snails and I would have thought this would affect the whole population (not to mention that the ramshorns tend to graze in places the MTS don't normally get to)

It isn't old age as they were only added nine months ago and they were young ones?

The alive one here is about 8mm and looks fine but you can see one of the empty shells next to it. 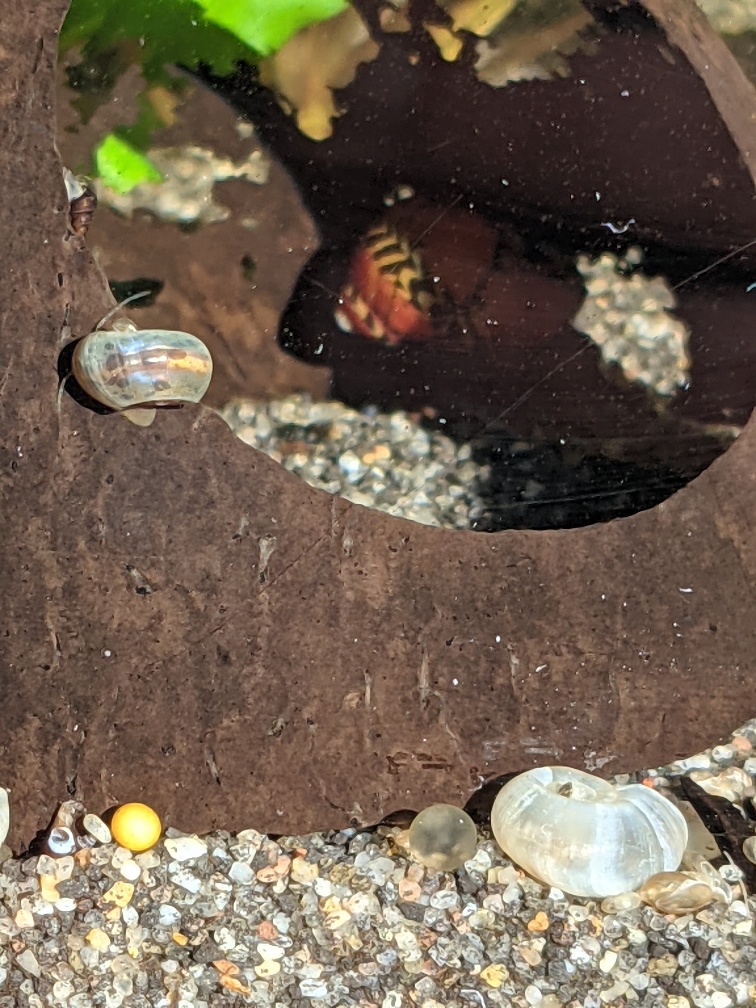 It's funny I've noticed the same sort of thing, I've got loads of very small ones but I can count the bigger ones on two hands. I'd even go as far as saying mine don't get as far as 1cm, I thought it was something to do with the co2 injection and the pH being below or around 7 most of the time. Do you inject co2?

SRP3006 said:
I thought it was something to do with the co2 injection and the pH being below or around 7 most of the time. Do you inject co2?
Click to expand...

No CO2 and my pH is probably around 7.8. I have lots of other snails who all seem pretty happy this is only happening with the ramshorns.

Funny you mention that as I have had the same experience.

I would have thought the Cory's would have done for any planaria and I did dose a netamode wormer a few months back when I added some more tetras which I think kills them.


Will have a good look though
You must log in or register to reply here.
Similar threads