I was thinking that too. A bit of height would not go amiss. Lomariopsis is another candidate for a background. The liverworts\gametpyhtes tend to be better as back ground as the lower layers are less prone to dying off when they get really deep (compared to mosses).

LondonDragon said:
the CO2 will help things grow quicker, specially the fissidens which is very slow otherwise,
Click to expand...

You're telling me. The Fissidens did virtually nothing, apart from survive, whilst it was a low light, no CO2 tank. Now it's going nuts .

LondonDragon said:
you need to plant some flame moss at the back and let that grow tall
Click to expand...

I have a plan for the back with the help of Darren at LW .

a1Matt said:
A bit of height would not go amiss.
Click to expand...

That's what I was hoping for by planting the Monosolenium tenerum at the back. Considering I only planted a few bits at the back, it's come a long way. Just need more height. It's getting there, but like all things in a moss tank........ just slowly

Wow the moss growth looks great and the Slate has colored up nicely with Algae.
Meander, Counted Sorrows
Experimentation is the key to growth - Pardeep

Really like this tank two of my favourite things moss and shrimp can't go wrong.
APS 90 Litre
B

I,m thinking of moveing my shrimps into a separate tank .

Today is this tanks 2nd anniversary so I thought I'd better do an update
A few changes since the last time. Hope you enjoy. 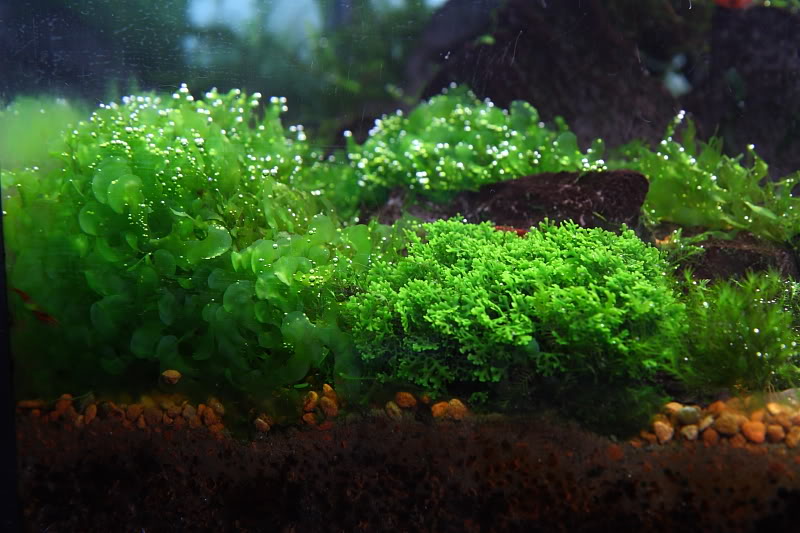 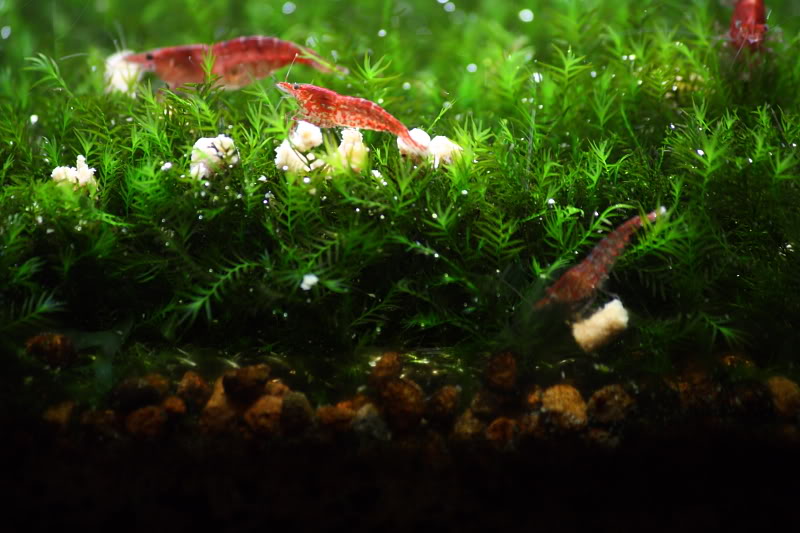 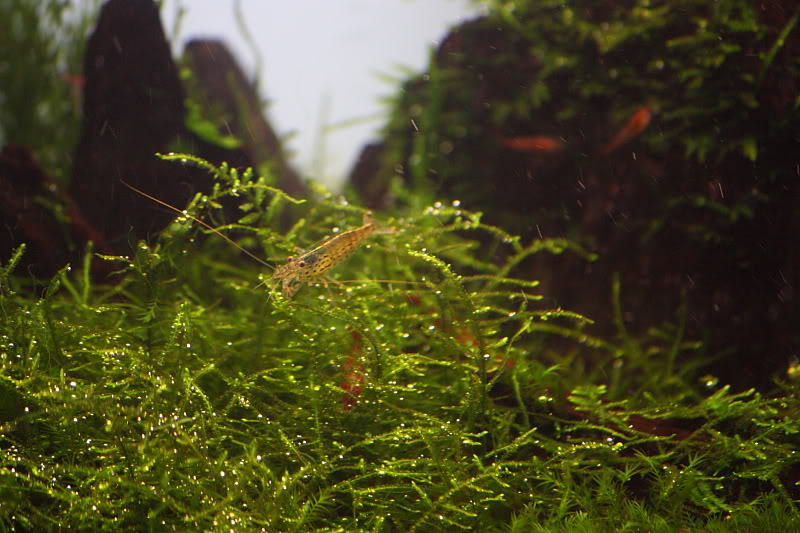 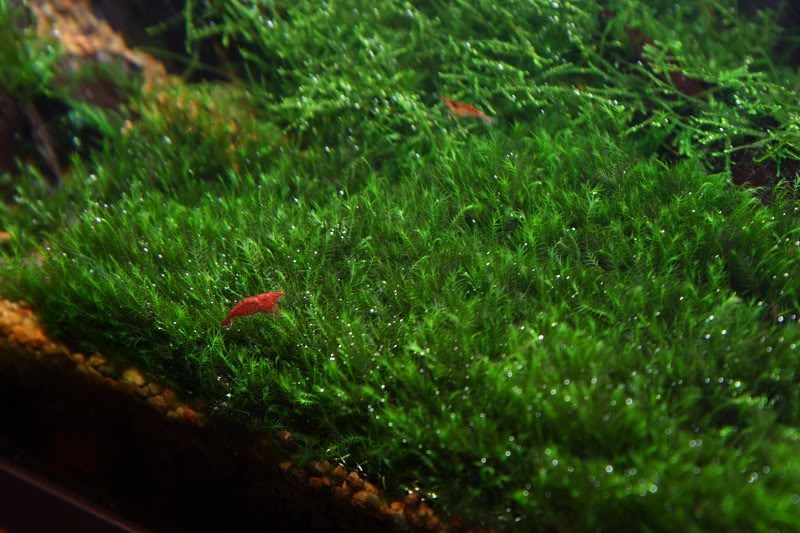 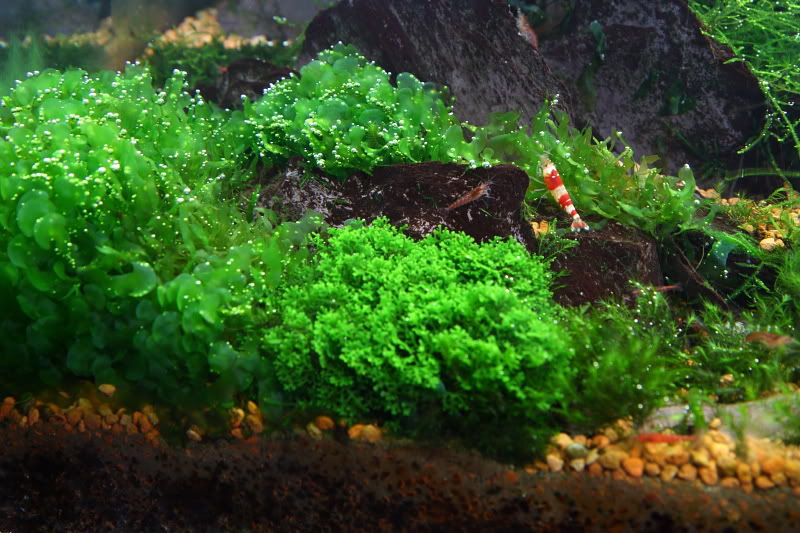 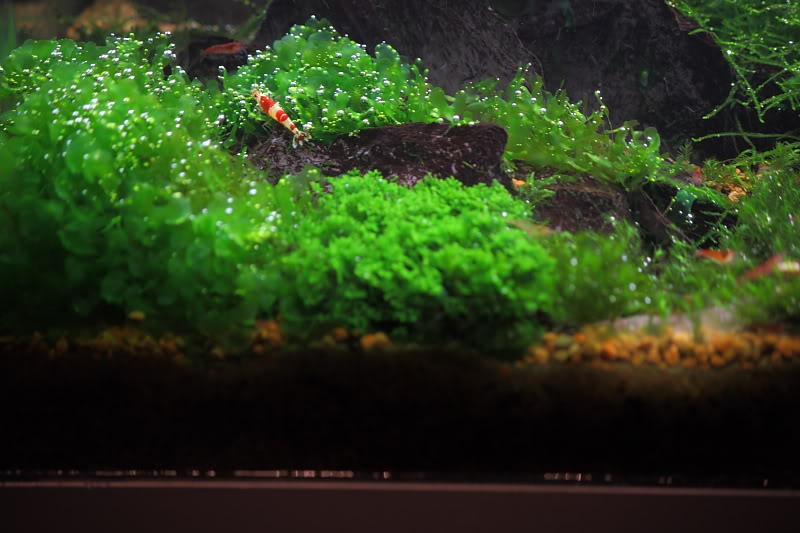 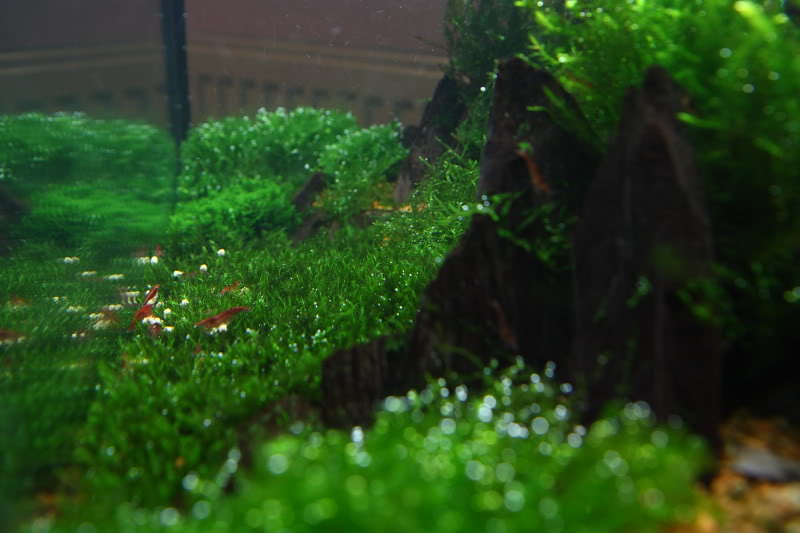 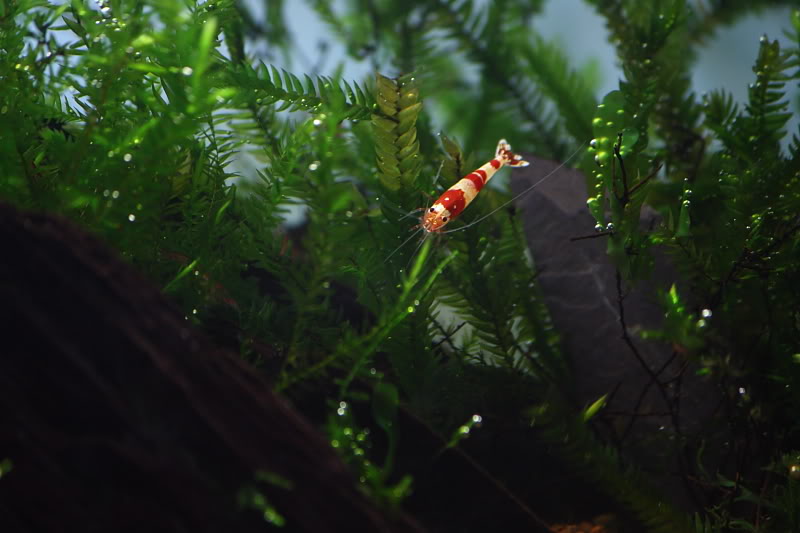 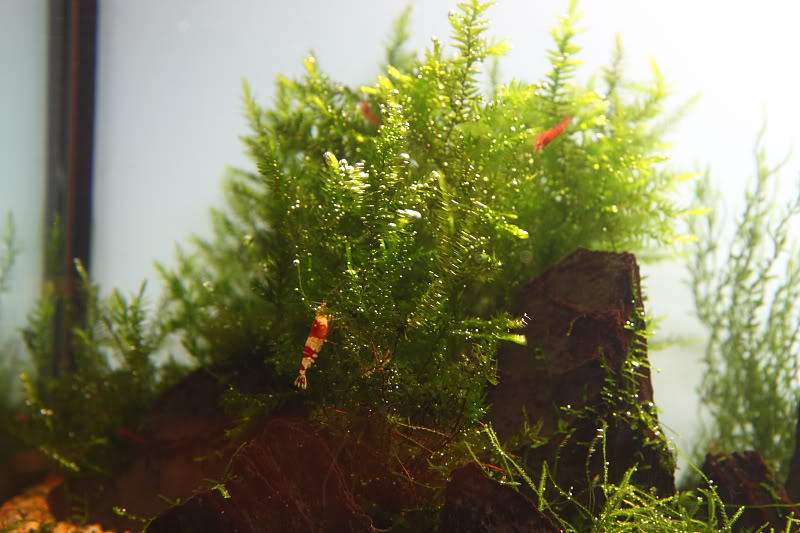 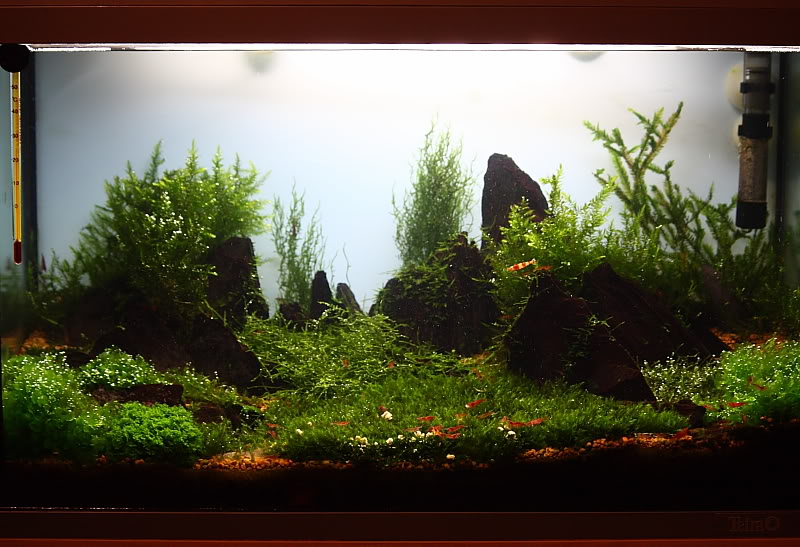 Till the next time

CeeJay said:
Today is this tanks 2nd anniversary so I thought I'd better do an update
Click to expand...

CeeJay said:
Till the next time
Click to expand...

Saw this tank at the weekend, the health of the plants is great, specially that mini pellia that I never manage to grow great work Chris and yes indeed patience

LondonDragon said:
Saw this tank at the weekend, the health of the plants is great, specially that mini pellia that I never manage to grow great work Chris and yes indeed patience

I have some mosses for you to complete that background
Click to expand...

Hurumph.... Shaun and me got to go to Heritage Aquatics and waste our time trying to find "just another fish shop" and you got to see this in person. Chris... next time I say "thanks but we don't really have time as we are going to another shop en route home" just laugh at me and remind me what I missed this time round !!! As I said earlier, this is a fantastic tank. Hope I get another chance to see it in person some time before it gets changed.

The hardscape in the tank had the unfortunate movement due to the slope flattening a little, which now lost some of its original appeal, which is a shame really but messy to correct now, next time you need to use plastic in the substrate to prevent that from happening, it can still be corrected to an extent if you are brave enough most of the mosses I would assume are in meshes so could be moved about pretty easy or you could create the slope at the back just be adding some more substrate and just lifting the back rocks a little, again not for the faint of heart lol
Cheers, Paulo Leal
------------------------------------------------------------
..oOo.. New: My Terrarium .oOo.. New: Aquascaper 900 ..oOo.. Double 12l Opti Nanos ..oOo..
..oOo.. Twitter.. oOo.. Instagram ..oOo.. Facebook ..oOo..
A

Do mosses only grow on mesh ? Over time if they are attached by cotton or whatever, will they adhere to wood or stone ?

Antipofish said:
Hope I get another chance to see it in person some time before it gets changed.
Click to expand...

Next time you're in town, you're more than welcome.


LondonDragon said:
The hardscape in the tank had the unfortunate movement due to the slope flattening a little, which now lost some of its original appeal,
Click to expand...

I agree, the thought had crossed my mind to dabble with it but I've resisted so far. Also, I'm not sure what will be released into the water after such a long time if I mess with the substrate :? . I've already had a total wipeout of all my shrimp last August Bank Holiday after a water change , so I was a bit reluctant to give it a go.


Antipofish said:
Do mosses only grow on mesh ? Over time if they are attached by cotton or whatever, will they adhere to wood or stone ?
Click to expand...

A lot of mosses will attach theirself to rocks and wood etc in time, but making a carpet of Fissidens had to be done on a mesh, using cuttings when it was trimmed, so it's taken ages

The Mini pellia, and the Lomariopsis Lineata are grown attached to rock in this tank
Chris

Hi Chris, this is a really great job, your patient is admirable..

I can't resist to share your successful story to my friend in my blog,
If you don't like it to appear in my blog please let me know to remove it

Cant beleive I have missed this Journal

What an awesome tank ... like many on here I love moss and shrimp and to see such a well crafted tank with both in is just stunning

Haha started my own moss/shrimp tank in my shed recently also going low tech ... was a little disheartened to see you swapped to hightech because of the slow/poor growth. Has made me realise that im gonna be staring at more fishing line than moss for quite some time

In your own words though its worth the wait .. and seeing your results it truly is
MY FIRST JOURNAL