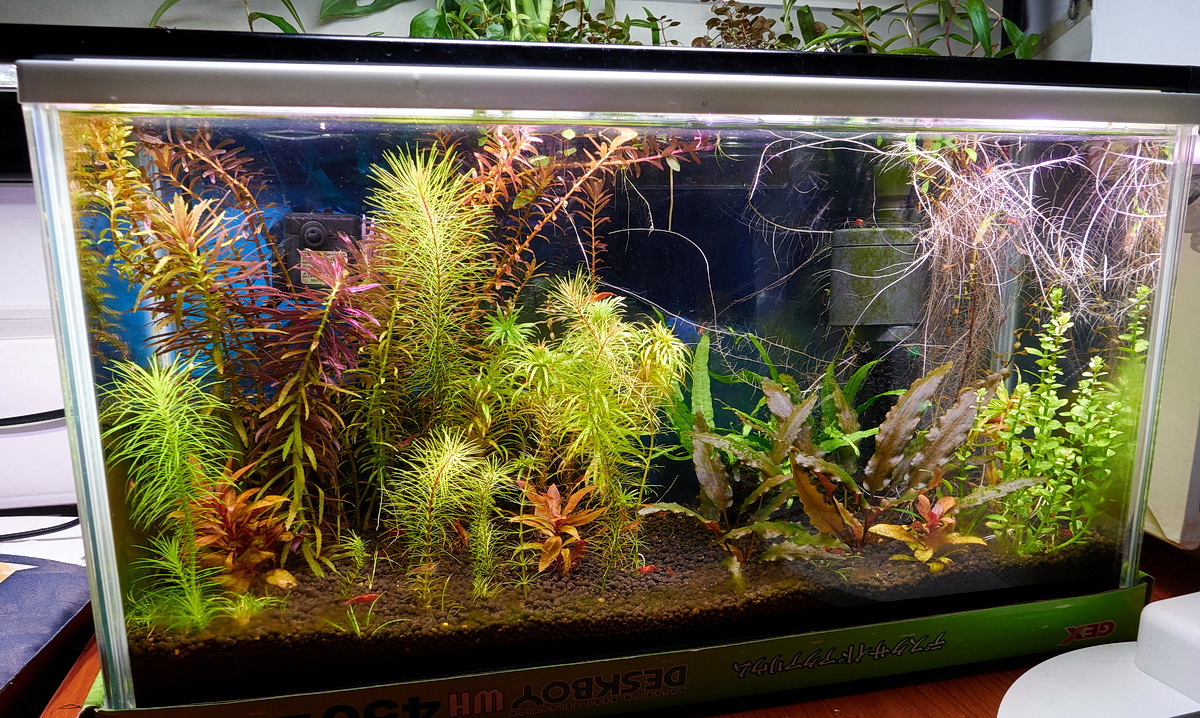 I have a desktop 16 litre low tech tank previously lit by a 9w LED desklamp.
I have been trimming my Rotala Wallichii and with all these "scraps", I have been running an experiment for the past 7 days with more light, since Wallichiis are known to like light.

The object of this experiment is to see whether Wallichiis can look nice in a low tech tank.

Providing the extra light is a spare Aquazonic Spectra 60 Planted LED with 24 x 1.5w LEDs delivering 36w but I'm slightly below max (there is a +/- button on the light) Lights are on about 7 hours a day. That should be enough for a 16 litre tank! I dose about the manufacturer recommended dosing for APT EI and do not add liquid carbon.

Results have been promising and I managed to get the top part of the Wallichii stems red. (these were scrap sideshoots at the bottom near the substrate in my main tank, heavily shaded, so they were originally green).

As a bonus, the Pogostemon Erectus (at the left of the photo) has sprouted a sideshoot at the base which is growing pretty well. I understand that is possible that the tops could turn yellowish in high light as well, so its something I'm watching out for.

As for algae, I've always has GDA in the tank but its acrylic so I can't use my razor scraper and am instead using a rough pad and its hard to reach the algae near the substrate without disturbing the substrate... but after 7 days, I don't think I have more GDA than usual.
You must log in or register to reply here.

Is there any rule of thumb for lighting wattage for low tech.