Any chance that those eBay seeds sold as HC are those of this plant? 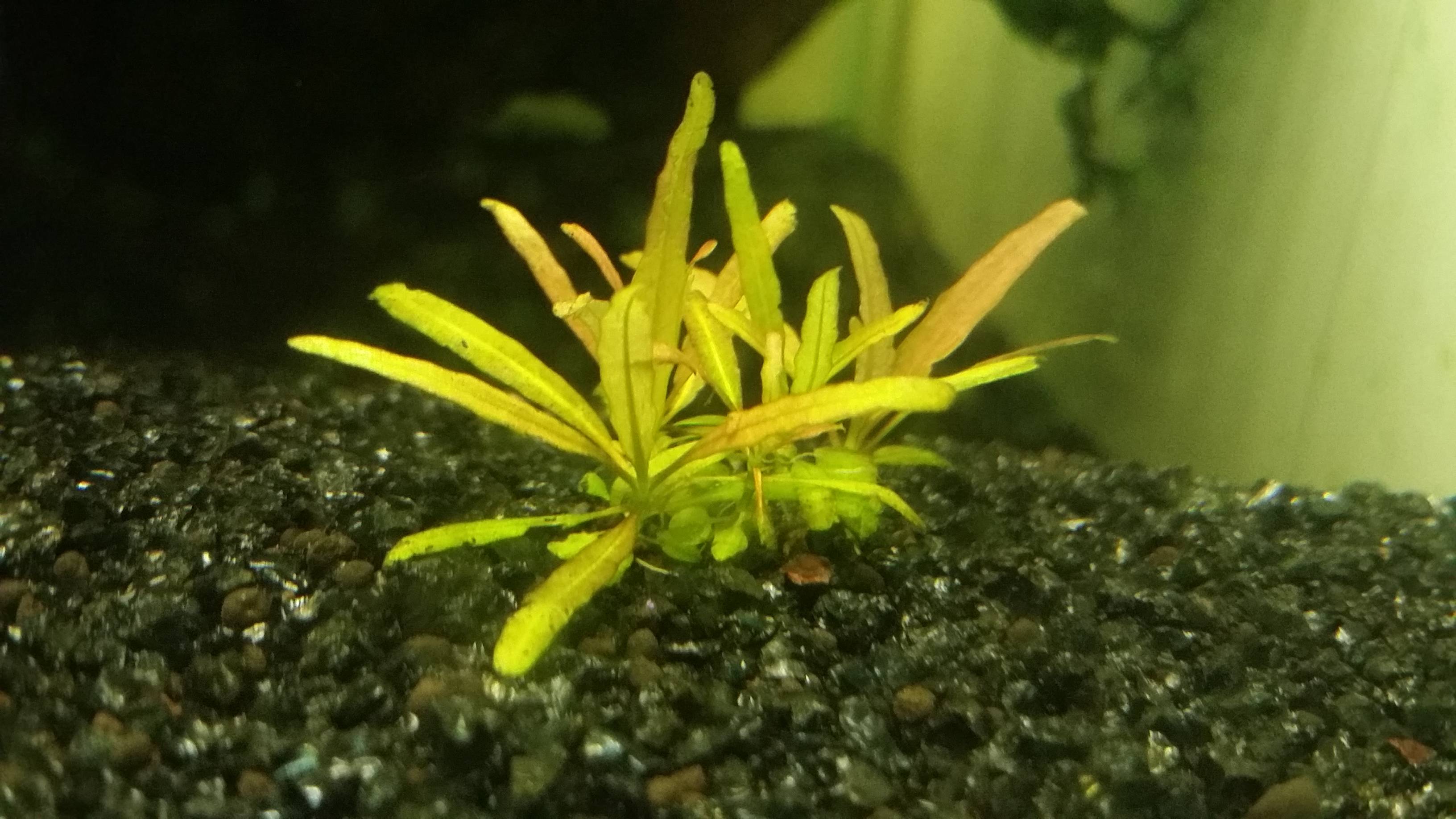 Or at least of this family although general consensus now is pointed at Hygrophila.

Just under a decade old and your post is still sparkling

Thanks for putting up - cracking photos and I agree with your previous sentiment that I think Aromatica is possibly my favourite stem......for the next couple of minutes - or is it pinnatfida or even mermaid weed

I read this thread six weeks ago and was totally inspired to give it a try. Now have a tank full of it. What a brilliant plant. 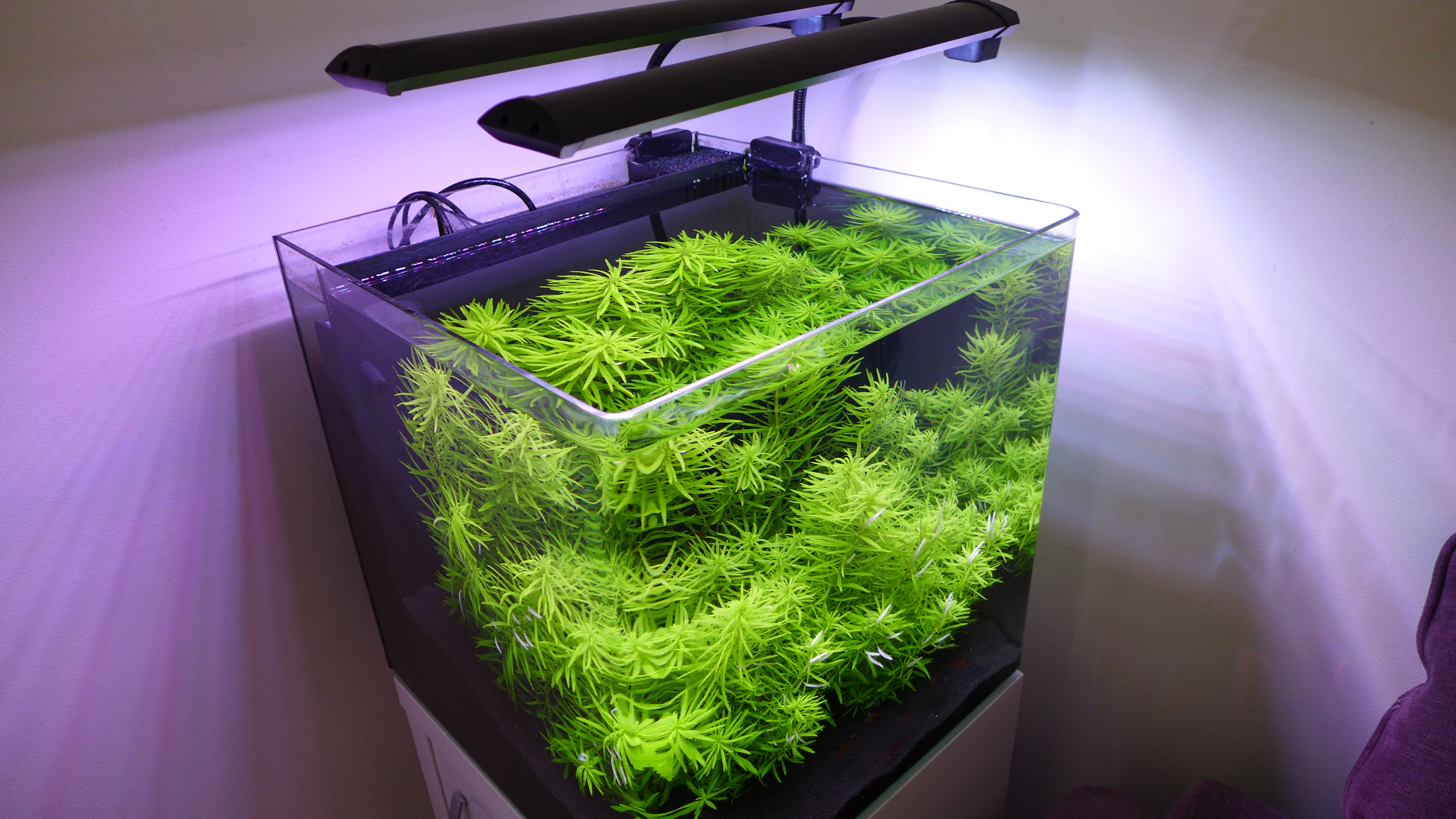 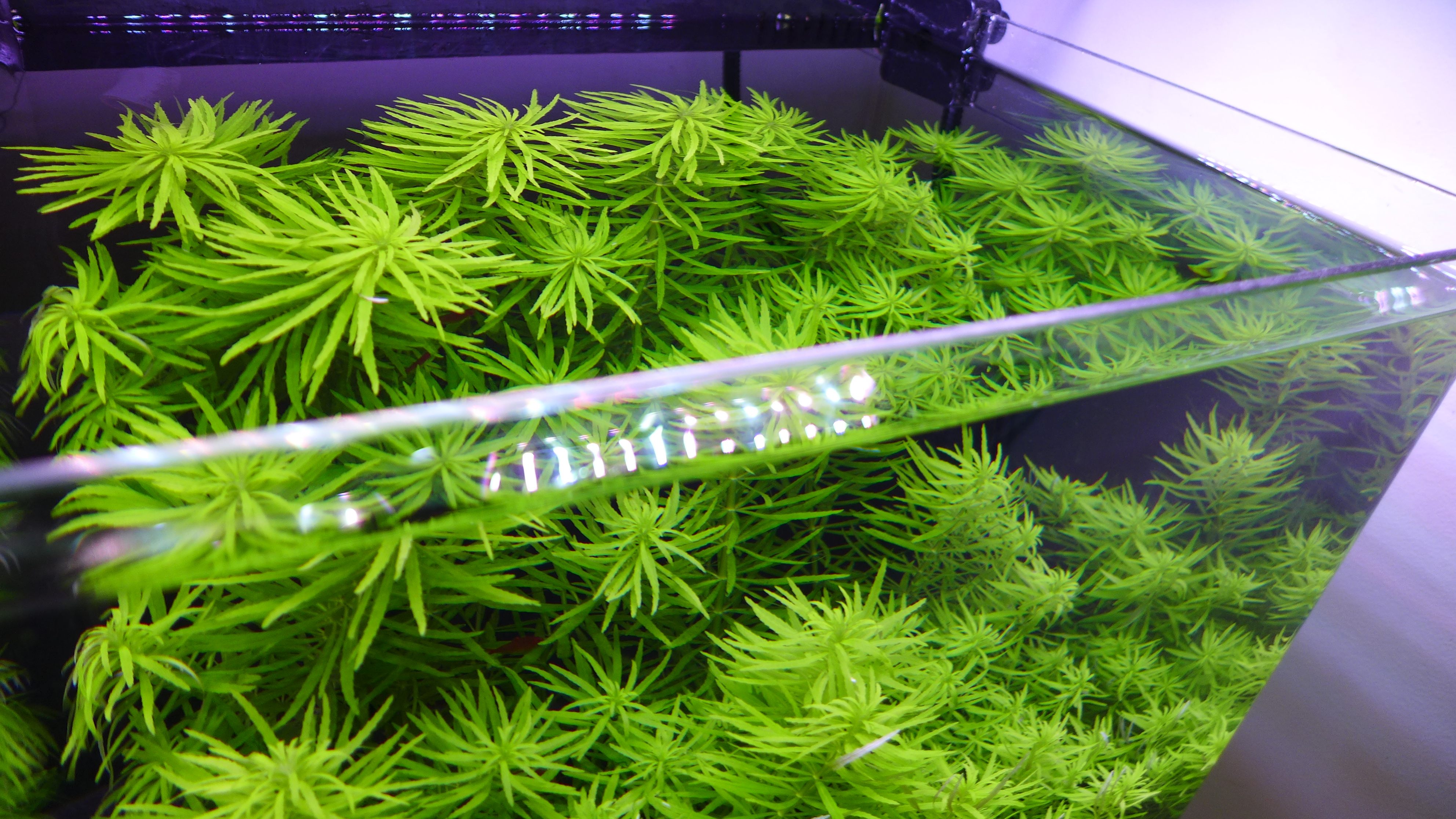 Question I have a Limnopila Hippuridoides really love the plant but it is such a pain te replant the tops every week I have the fight to keep them in the soil they like to float, is there any trick to this?
Main display tank. Betta tank. Natures hideout.
Insta. Flickr.

I would probably try to leave the cuttings floating to encourage roots to form then replant!
hoggie

I just posted pics of my Limno aromatica bought from an Asian grocery store in another thread. The leave shape looks different, so we may be dealing with different species/cultivar. So I’m not sure which one is true aromatica.

Does look different, leaf is larger than the emersed form of aromatica that we see. Maybe cultivated for large leaves?

A chef from Thailand came in the plant shop, didn’t know any plant names but spotted our aromatica at 100 paces though!
F

tiger15 said:
I just posted pics of my Limno aromatica bought from an Asian grocery store in another thread. The leave shape looks different, so we may be dealing with different species/cultivar. So I’m not sure which one is true aromatica.

A bit late to the party! looking at your photos on the link, that is Persicaria odorata, known as rau răm or Vietnamese corriander. It is a herb and it also grows in rice paddies, but it is not ’the‘ rice paddy herb.
E 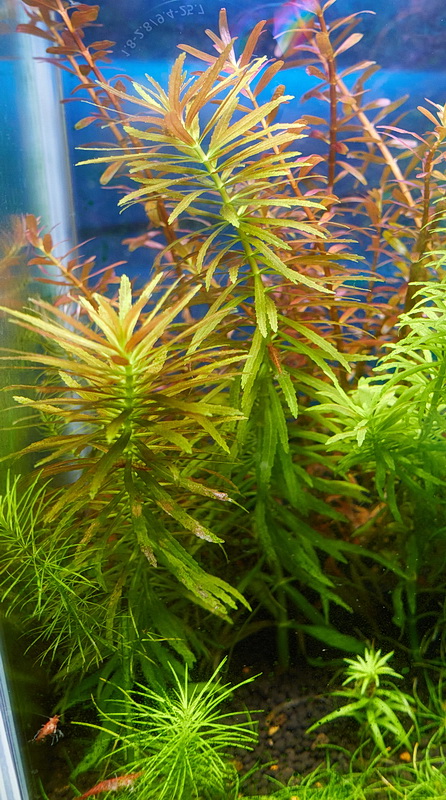 Wow, its great that Limnophila 'Aromatica' has a whole thread dedicated to it. It is a very nice plant that can be grown low tech (no CO2, no liquid carbon). It also colours up to a nice rusty-red/brown (without nitrate limitation) when given enough light (in this case, a cheap 9w LED desk lamp).
Last edited: 1 Nov 2021
A

I'm having problems growing this in sand. The bottom of the stem keeps rotting away. Do I need to pot it in soil and plant the pot in the sand?

Hi
Probably better to add some gravel into the sand area....plus add a couple of root tablets/balls!
Then make a fresh cut on the stems then replant.

The stems are very delicate and break easily at each node. It is not an easy plant to keep anchored so a deep substrate is helpful in anchoring it. Don’t force it down to hard because that can damage the stem in the substrate and that could cause it to rot and lift up. This plant also loves flows as Clive mentioned when he originally posted it, without it you’ll see the leaves disappear and the stem virtually melt away from the ground up.

AlecF said:
I'm having problems growing this in sand. The bottom of the stem keeps rotting away. Do I need to pot it in soil and plant the pot in the sand?
Click to expand...

Rotting stems, or the rotting of any part of any plant automatically implies poor CO2 uptake. Investigate gas injection rate, injection timing, as well as flow/distribution. Plants do not care whether they are in sand as long as you dose nutrients regularly.

Thanks @ceg4048. I'm still a newbie Luddite who doesn't use CO2 so, while I know you are right and appreciate the advice, for now I will have to just try and up the APS nutrients.

@AlecF Clive's advice is just as relevant in low energy tanks. You could rephrase it as "not enough CO2 for the amount of light intensity the plant receives." So for our non-CO2 injected tanks we use a lot lower light intensity, which means lower CO2 demand, but even so you can have low-flow areas where there still isn't enough CO2. I have a couple of places in my low-tech tank where stuff just doesn't grow well; there is light but next to no flow in those spots.

That said there are some plants which seem to cope better in less-well-balanced places. Aromatica's cousin Sessiflora is one that I've found will grow enthusiastically almost anywhere I put it. Which is actually a bit of a pain when you're as lazy as I am.
Cheers,
Simon
Episode 3 ¦ The new ice age ¦ Mostly flowers
A

Thanks Simon, that's helpful. I have moved them yesterday and think they will get more flow now. I am used to plants doing badly – pale, leggy, losing leaves – but what surprised me with this one is that above the sand it is fine, but when I remove it the stalk has rotted below the surface, so it really does have the appearance of a stalk responding badly to what it has been placed in. I have some sessiflora – my first plant, whereas the aromatica was only planted 4 weeks ago – which was doing very well, but recently became pale and thin, so I think that's an indication of lack of nutrients. It does get flow. I have been doing standard APS dosing but will try raising that. I've recently tried adding some iron as well. I had reduced the light from 12 to 8 hours as I had a green water issue. I don't think light is the issue with these plants. The flow in my tank is pretty good as the tank is low, 15 inches, and I have a spray bar at one end and an Eheim pick up at the other. I have to buffer the pick up a bit as it's so powerful.

Yeah I have typical UK very hard water and found that adding a little eddha iron (which is better at high pH) made an observable difference. I also had to reduce my light intensity from low to even lower, and that made a difference too. Even so I'm still pretty good at killing plants off!
Episode 3 ¦ The new ice age ¦ Mostly flowers
J

@AlecF if you don't end up having any luck with limnophila aromatica you might want to try limnophila Hippuridoides, seems to be far less demanding and looks very similar.
E

Here's an updated video of my L. Aromatica (low tech no CO2 no liquid carbon). I bought a usb pump to try to improve flow. If I install it near the surface, I get a lot of bubbles but its noisy so I've moved it a little bit lower....
Last edited: 20 Nov 2021

Looks great. That pump makes quite a difference.
Episode 3 ¦ The new ice age ¦ Mostly flowers
You must log in or register to reply here.
Similar threads