This amazing plant in it's emersed form was brought over to the USA by immigrants following the Vietnamese war (the Vietnamese call it the American war). This water plant, found throughout Southeast Asia often colonizes rice paddy fields and grows submersed when the fields are flooded. As a result of it's strong flavor, reminiscent of citrus and cumin, it is used heavily in Vietnamese (and Thai) cuisine, particularly in soups such as "Canh chua" indigenous to the Mekong River region.

The plant is a member of the plantain family (Plantaginaceae) but these are not related to the plantain fruit. The fact that the emersed leaf has a lemony smell is not a coincidence as it is high in an essential oil whose primary component is "Lemonene", found in lemon rind, which is in a class of hydrocarbons called "Terpenes". Turpentine is a derivative of a type of terpene found in the resin of pine trees.

When I initially put this plant into my tank I had high hopes, but soon my enthusiasm faded as the plant seemed beyond any hope. 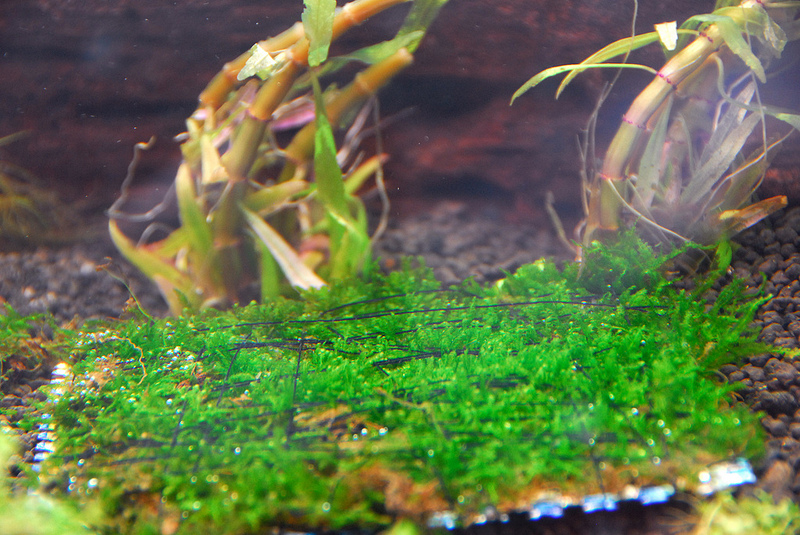 As it was taking up space in front I shoved the last surviving stem in the back and completely forgot about it in order to concentrate on other, more pressing concerns such as the carpet plants. After sulking in the back for a few months it completely transformed, so much that I couldn't recall what plant this was because it was unrecognizable. It turns out that as I solved the riddle of the carpet plants I also solved the riddle of aromatica - CO2 and flow distribution. There was suddenly a mushroom cloud explosion of growth. 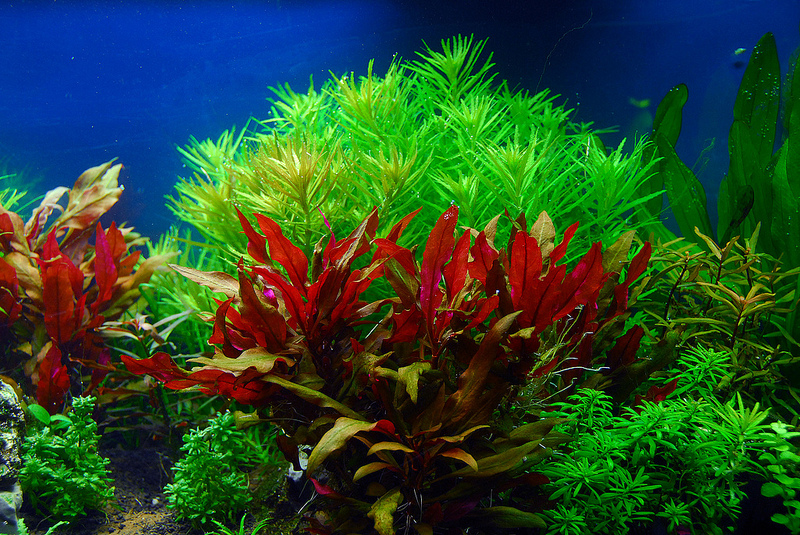 What is so amazing about this plant is that it's elegant form lends itself to photography. The colors are constantly changing depending on the Kelvin temperature of the bulb, or it's position in the tank, or the nutrient levels. The stems are very opportunistic and they stretch out to catch any available light, no matter where they are. 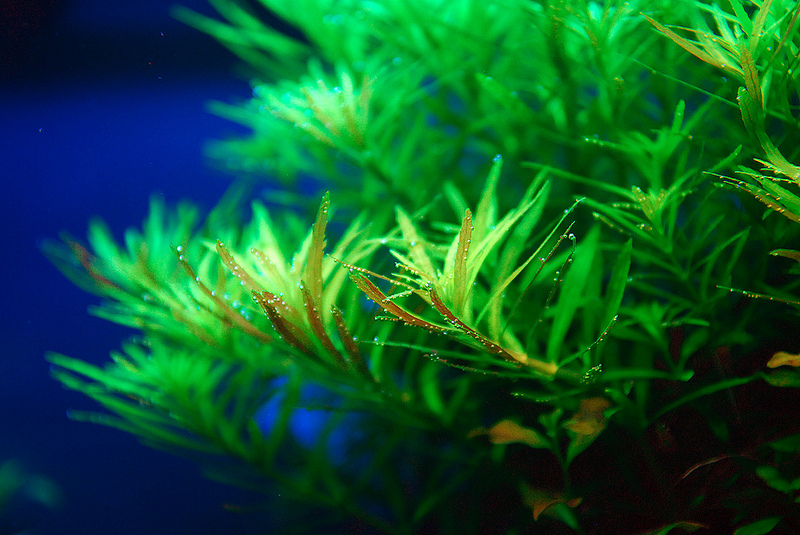 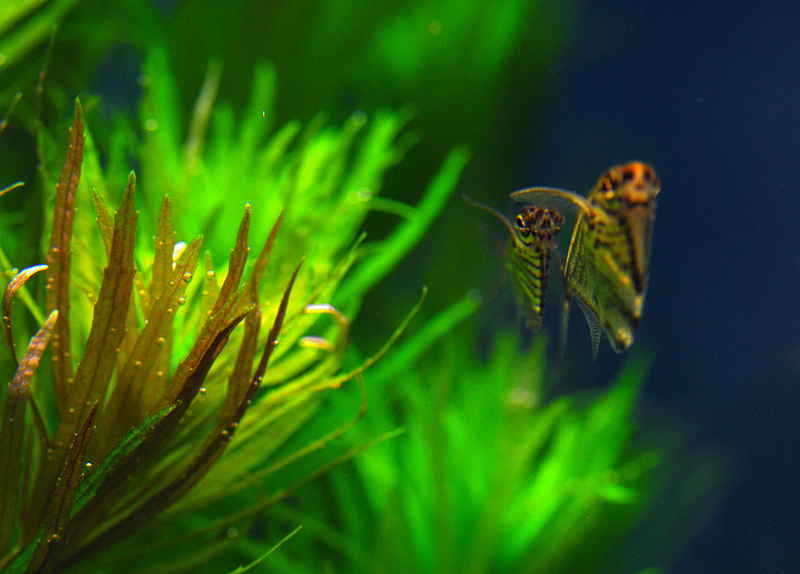 The color changes are more extreme as the crown reaches the surface but this can cause it to become unruly as it blocks flow. The plant is so beautiful that it almost hurts to prune it. 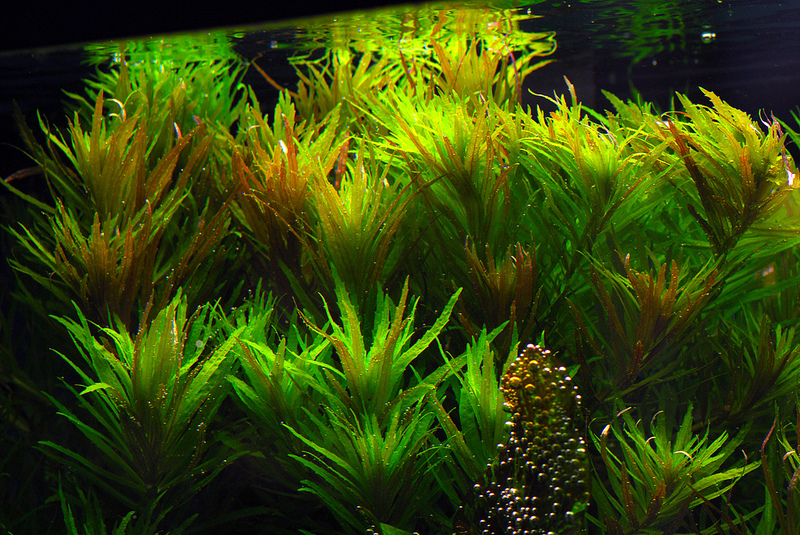 The tonal variations are exquisite but are best captured with tank lighting only. This requires high lighting over the tank to avoid blowing out the delicate translucency of the leaves. 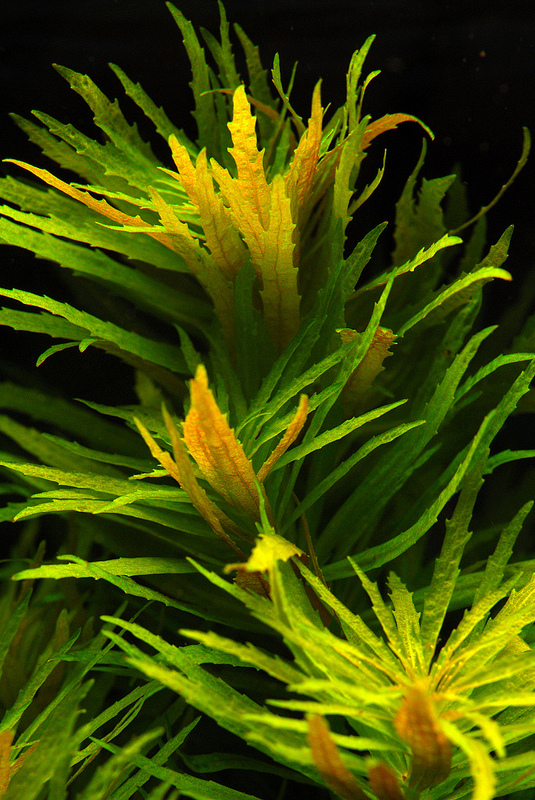 As I peer deeper and deeper with the macro lens I discovered that the surface of the leaves are actually waffled. This is only evident with lower lighting or reduced exposure which creates some interesting moods. 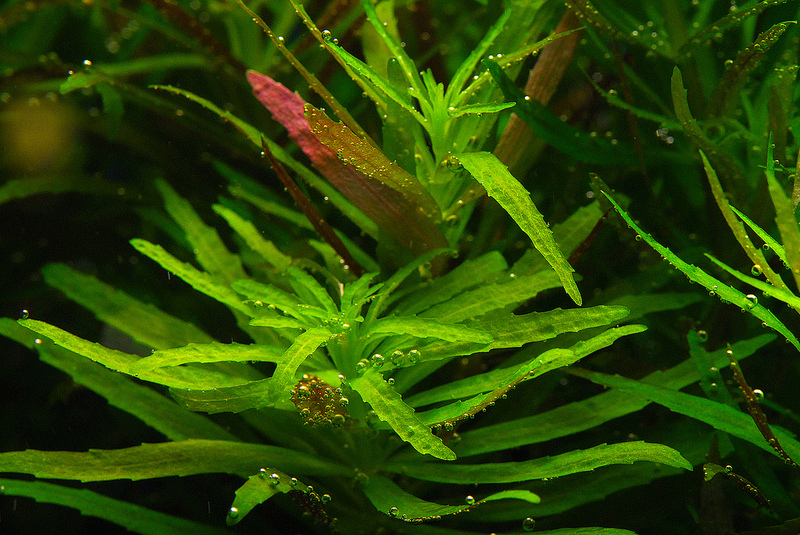 L. aromatica is so versatile it never disappoints. I can gaze at it's forms endlessly. Trying to capture it's essence though is like looking for distant galaxies with the Hubble telescope. Who would have thought this otherwise smelly and dirty swamp weed could grace an aquarium with endless varieties of form and color. 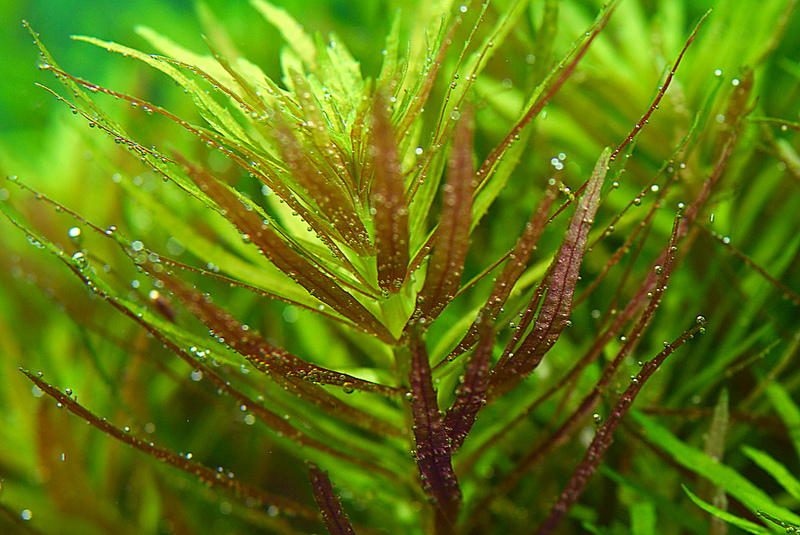 Beautiful pics and review! Can you tell us who stocks it? It reminds me of eustralis stellata - only nicer!
nickyc

Nice writeup Clive, is this going in your book too.
J

Thanks for sharing
"Science has made us gods even before we are worthy of being men." Jean Rostand

Fantastic article Clive, it's great to get a feel for where the plants originated, and with a story behind them too.

Glad you enjoy the pics guys.

nickyc, my particular specimen came from a Thai vendor Eaquaplant, but Aquaspot World in Malaysia sells it as well. It's easy enough to get from any Tropica stockist or Greenline but as I said, it takes an eternity to change from the emersed to the from you see in the photos. It's much easier to get submersed clippings from other hobbyists. In an EI tank with plenty of CO2 this plant grows like a weed! If you want some simply post in the For sale/Swap forum or PM me in a week or two as I have clippings all the time.

I struggled with the identification for a while until I decided to grow them side by side. In my tank there is similarity in form but that's about it. L. aromatica crown has a much smaller diameter, and is a doddle to propagate. Pogostemon stelleta (Eustralis) on the other hand requires the patience of Job. In the following sequence of shots, stelleta is shown on the left while aromatica is on the right: 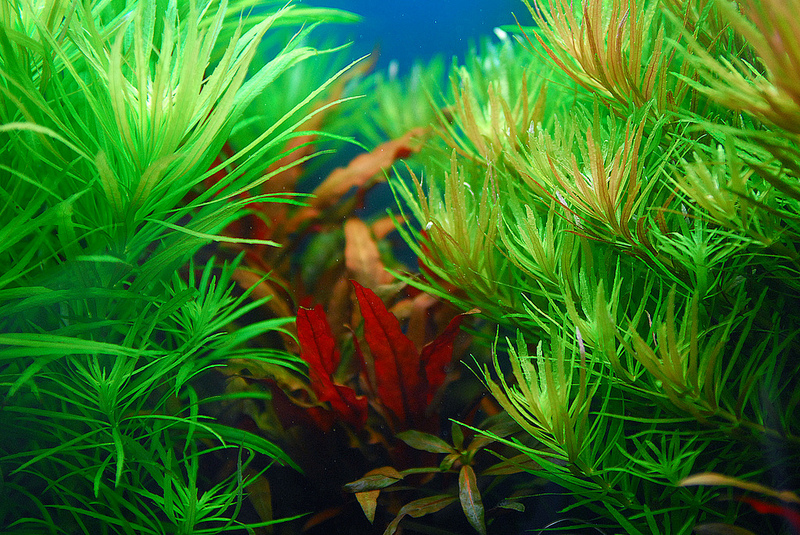 LondonDragon said:
Another great article Love the plant this would look great on the left side of my tank, if you ever get any extra clippings that you don't need just let me know
Great work and great photography too
Click to expand...

Thanks Paulo. I had exactly the same opinion when I saw your tank. PM me in a week or two and I'd be happy to send you some stems if you wouldn't mind paying the postage.


I have always been a fan of the smaller, more delicate stems (HM,MU etc.).

Plus, I have always liked the E. stellata, but found it a bit too `big` for my tastes. L. aromatica looks like it could be the perfect replacement if I ever get my 120cm kicked off. Nice one, Clive.

When I am gone, make sure the missus sells my camera gear for what it is worth, not what I told her it was worth.

Hiya Dave!,
Yeah, I know exactly what you mean. The sprawl of P. stelleta can really become obnoxious, especially in smaller tanks. L. aromatica is a much better neighbor, has very short internodal distances, responds easily to trimming and doesn't send out as many irritating aerial roots like some stems I know.

I can hardly wait to see what you'd be able to conjure up using this plant. Get it going mate!

ceg4048 said:
Thanks Paulo. I had exactly the same opinion when I saw your tank. PM me in a week or two and I'd be happy to send you some stems if you wouldn't mind paying the postage.
Cheers,
Click to expand...

I love the look of them side by side even more!! My tank is full of P. stellata, and I've been thinking of thinning it out for some time


ceg4048 said:
If you want some simply post in the For sale/Swap forum or PM me in a week or two as I have clippings all the time.
Click to expand...

Thank you! Will do. Might be more than a week or 2 though... about about to post my latest trauma in the CO2 section

Just wanted to express thanks to Gratts and LondonDragon who were kind enough to find space in their tanks for some wayward aromatica stems and especially thank them for their generous UKAPS donations. Nicky get that tank ready. More orphans on the way. One of them is named Oliver Twist...

Yep,
A couple weeks for them to get settled and then they shoot for the moon as long as you've got high CO2/ferts. 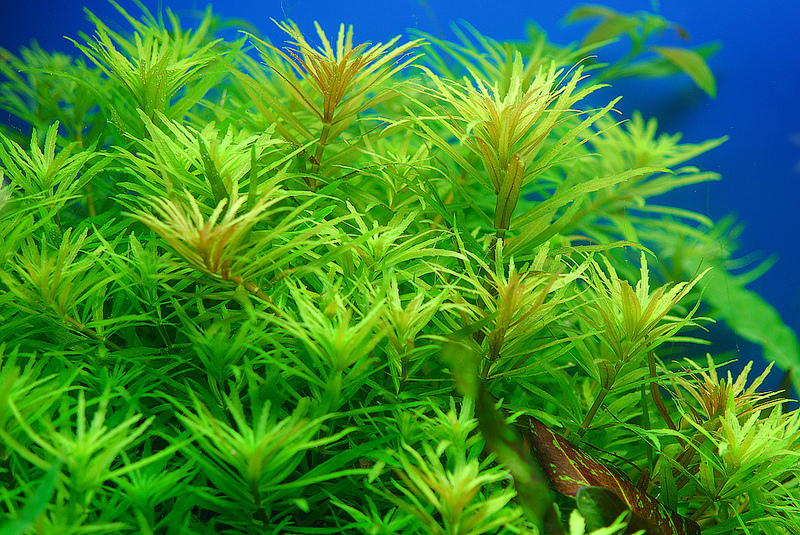 ceg4048 said:
A couple weeks for them to get settled and then they shoot for the moon as long as you've got high CO2âˆ•ferts.
Click to expand...

ceg4048 said:
Nicky get that tank ready. More orphans on the way. One of them is named Oliver Twist...

It's as ready as it'll ever be! Always got space for orphan plants Thanks Clive
nickyc
You must log in or register to reply here.
Similar threads