I saw this by the roadside yesterday. 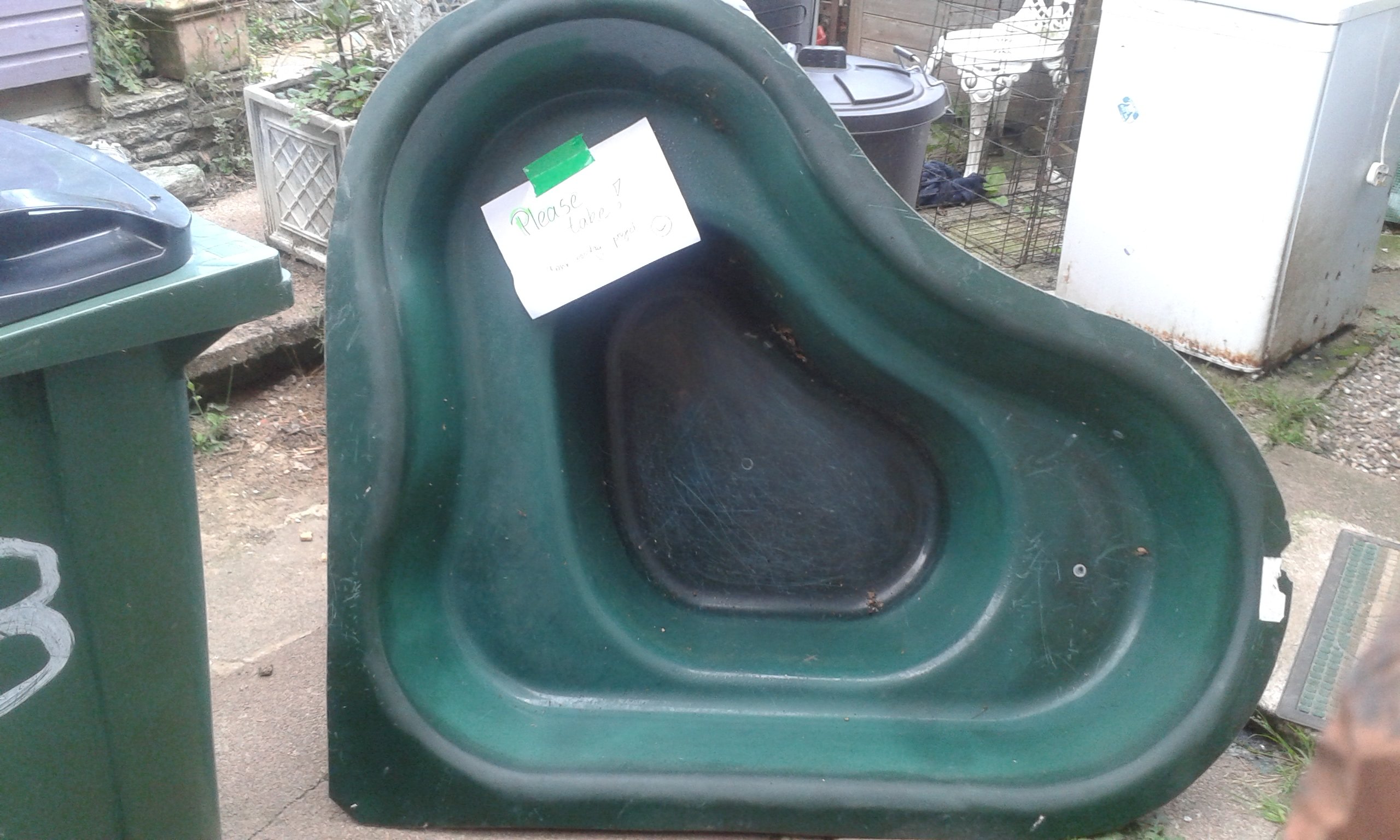 So I've got some digging to do.
Excuse the dead fridge, I really should find out if the council has resumed collections yet.

I would fill it with water first before you dig a hole.

Yes, I will test it for leaks.
Much easier to fix any problems before putting it in the ground.

I’ll bet it’s 100% fine, someone’s gone large on a bigger pond and have taken care of this to be able to be passed on, even to the point of sticking a note with a giant exclamation mark, how could one refuse!

As this was an unplanned addition to the garden, I haven't spent a lot of time or money on it, but I have made some progress. 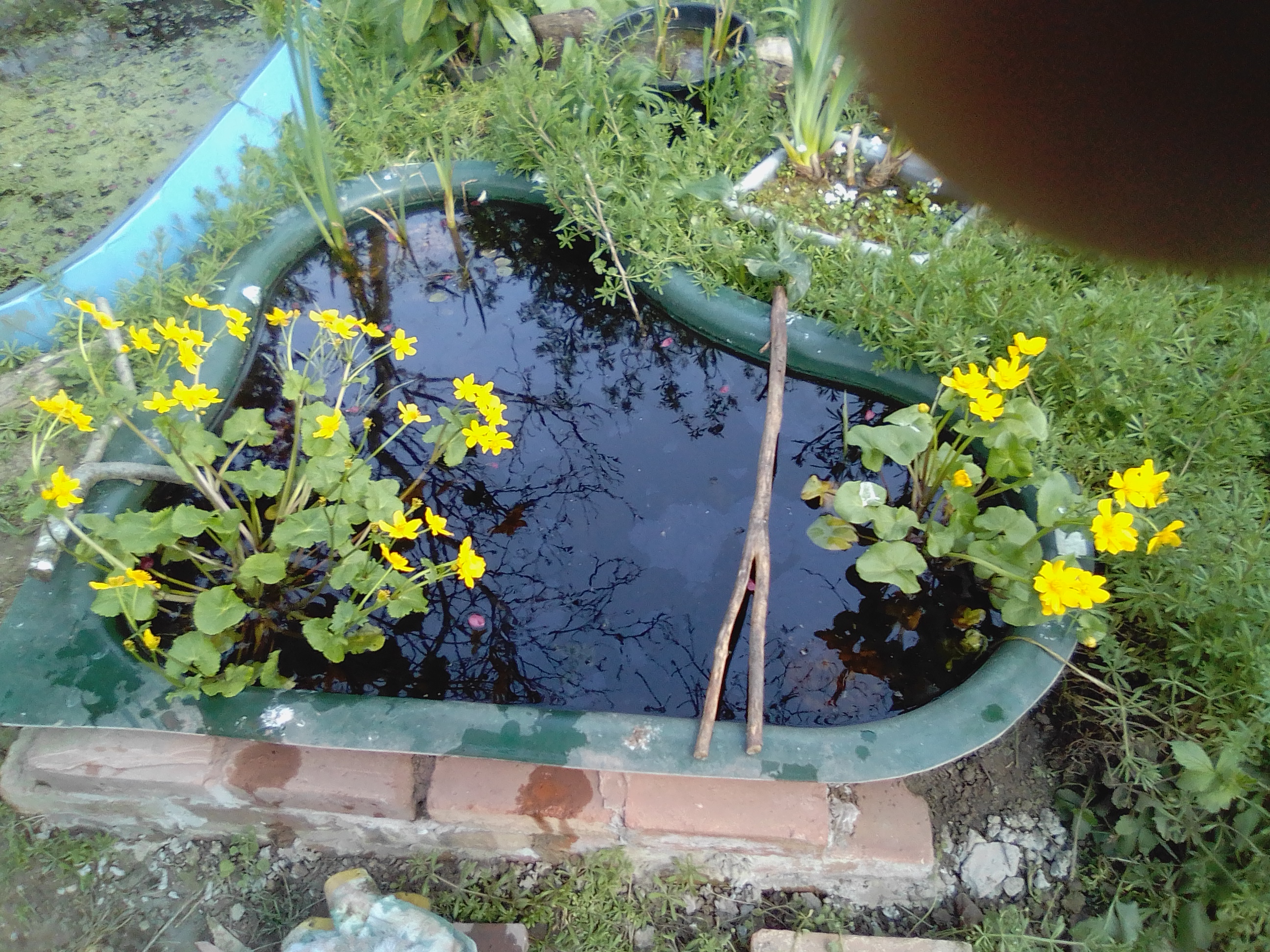 Please excuse the weed patch, - or admire the wildflower meadow. I will be planting some ground cover, maybe Creeping Jenny.
Using reclaimed bricks to build walls on the straight sides, to be followed by a path later. The other side is at ground level, due to a slope.
Marsh Marigolds, Japanese Rush, Water Fringe, Hornwort and Myriophyllum from other ponds.
Baby Yellow Flag Irises from an E-Bayer splitting a big clump. 12 for £10.
More Yellow Flags were already in a plastic tub, now it's sunk into the ground behind the pond itself. With some Watercress.

Daphnia, Cyclops and Asellus came with the water from water butts.
A Great Pond Snail made its own way there. After a few days it hadn't moved on, so I assumed it was happy and put a few more in. And some Flat Ramshorns.
I've seen a Pond Skater and a Water Boatman arrive. There are Damselfly nymphs, which I assume came from the other ponds with the plants.
Lots of birds come to drink out of it.
I had some planting baskets and aquatic compost, but had to buy some more. With that and the baby irises, I've spent about £20 altogether. I'm happy with it!

Some Meduka Rice fish would look nice in there

That's the best kind of freebie, one you don't expect but turns into something special! Love it, especially the marsh marigolds! 😄

Its nice, but I was always under the impression that a GRP pond should be buried, or at least have a "wall" around it and the space filled in. The idea being to give it support and to protect its outer surface from the elements.

Using reclaimed bricks to build walls on the straight sides, the other side is at ground level, due to a slope.

tigertim said:
Some Meduka Rice fish would look nice in there
Click to expand...

I was looking at some Medaka eggs on E-Bay earlier today.
I've got to decide between fish or just wildlife, but I've got another pond that is just for wildlife, so I could well be ordering some eggs soon.
R