So I decided today to try the tank without the spray bar. I know conventional wisdom says if it ain't broke don't try to fix it, but a) it would be one less thing in the tank and b) it would allow me to put more riparium plants in.

I swapped the PAT Mini for the Aquael Turbo 500 for a bit more flow and aimed it towards the front of the tank, to the right of the Corbo wood. I then added the duckbill to the Biomaster and aimed it down the long side of the tank at the back.

I can see all plants swaying a little more and that both filter inlets are picking up the bits of leaves the flow has kicked up, so circulation seems good all round. The added bonus is that the fish are loving the extra flow.

I've now moved both the plant holders to the back left corner. The Pothos on the plant shelf is growing well, so plan to train that along the wall behind the tank 😀.

I've also got to the point where I should break the quarantine tank down, but struggling to bring myself to do it, with it's colony of snails and the lovely mature substrate. I'm now toying with the idea of using the PAT Mini in it and having an unheated shrimp colony or something else that could do without a heater 🤔. It's great to look at whilst working.

I'd be inclined to keep the quarantine tank running, it has it's own space so why move it? You can always use it as a grow-out tank for plant cuttings for filling odd gaps or replacing plants when they're getting tired of being trimmed so many times.
Your plant holders are looking good, the one plant seems to be trying to grow an umbrella of roots!

We do need to decorate the room the quarantine tank is in, including the ceiling, so the sensible thing would be to shut it down for now and I do have a 75 bucket I could use in an emergency for treating anything. Was trying to be so good and stick to only one tank and use less electricity and look after the environment, but even my other half is saying keep it. Was trying to avoid multiple tank syndrome this time round (have a feeling I may have failed).

Decided I wanted to add some Tradescantia and Fittonia to my riparium section and have procured some courtesy of B&Q. Found these brilliant little aquarium airline suction cups that come with cable ties. They stick really well. Granted they probably won't cope with big, heavy plants, but for now they do the job. 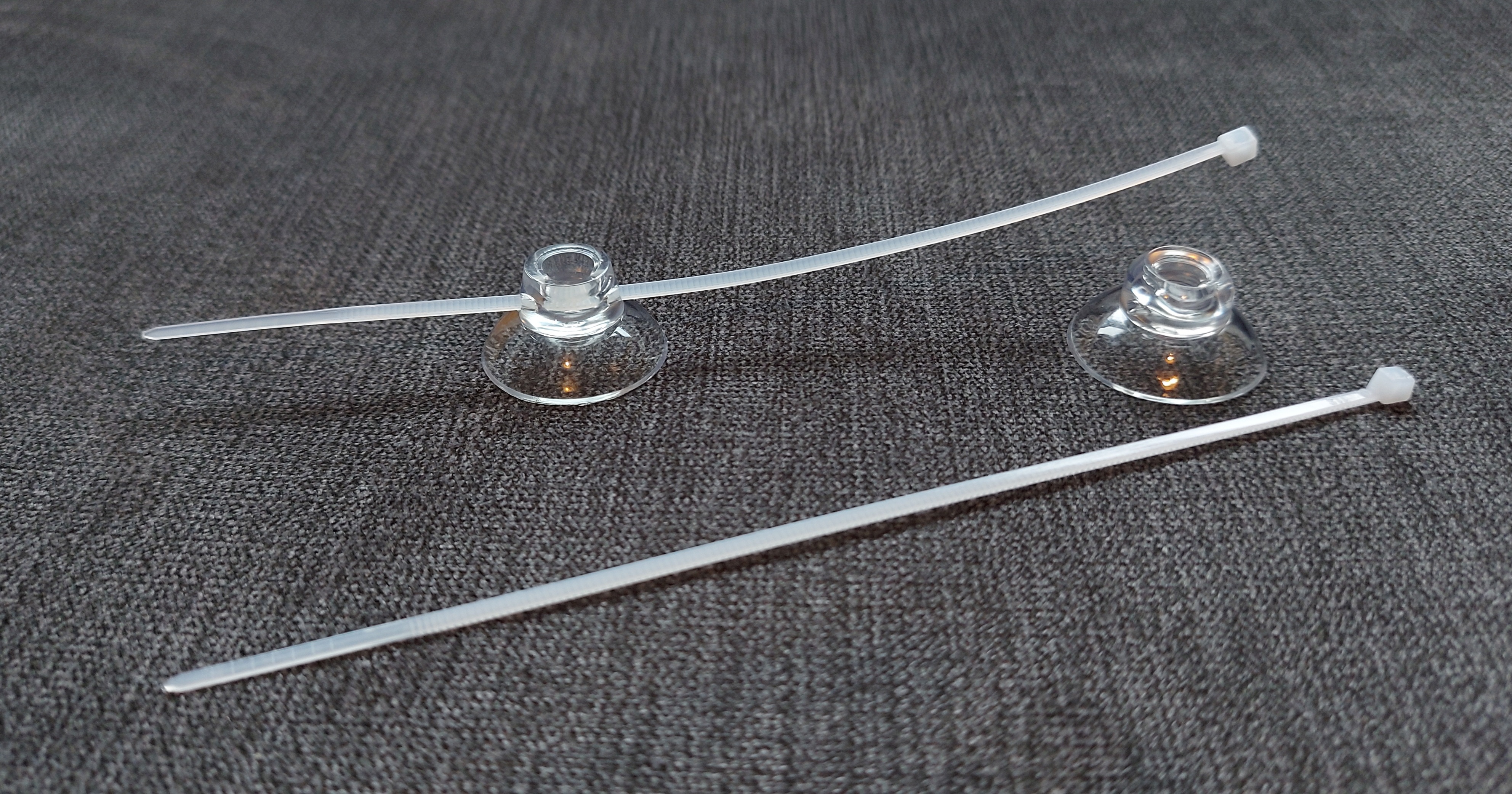 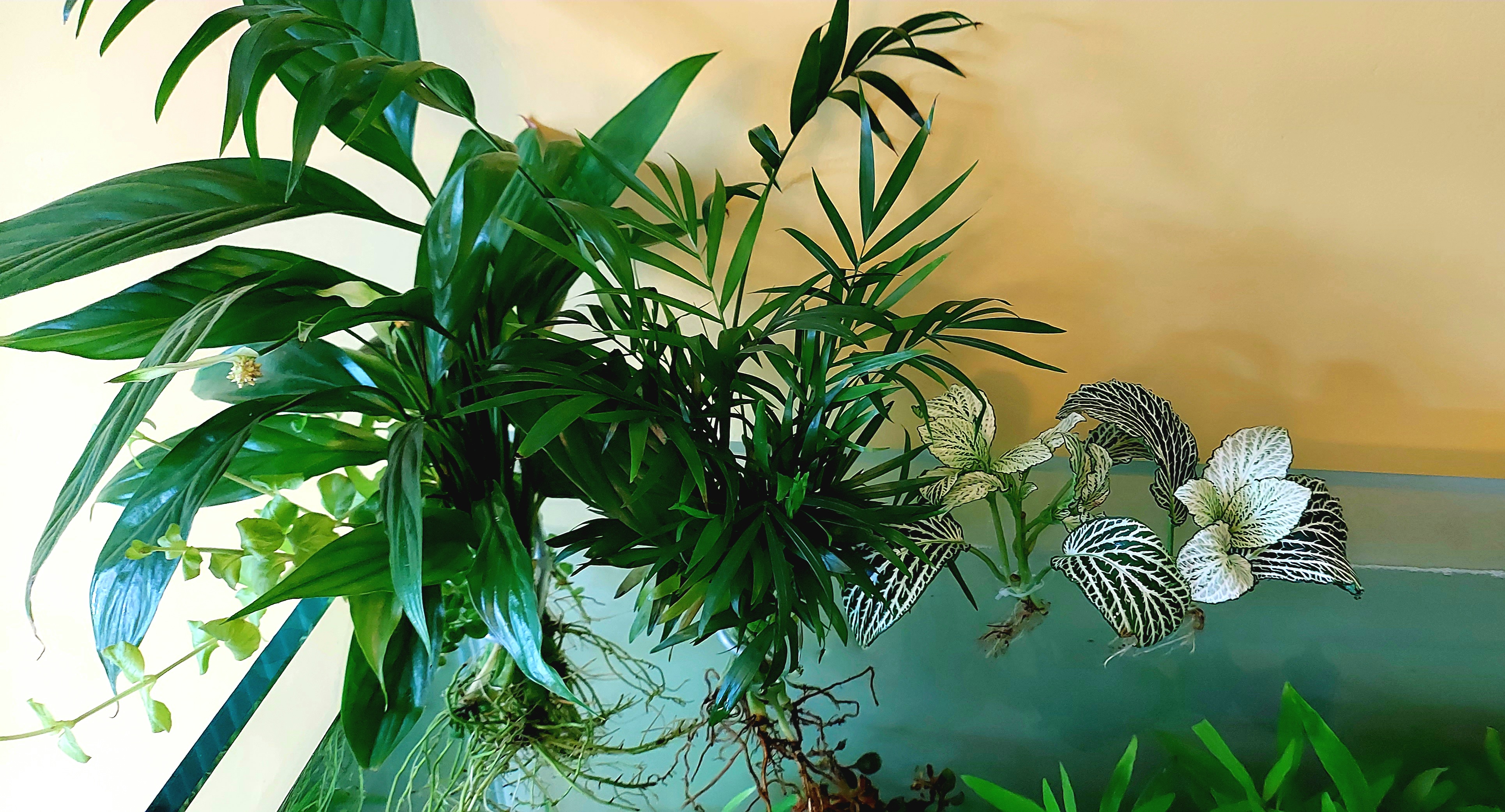 Tank is really coming along, the trick with suction cup and zip tie for small plants is brilliant 😃
I never quite 'got' your journal name, can you explain it to Miss Slow here, what does it reference? 😊
.
My journal:
Consistency Deficiency

It's in reference to me going to Ikea and having the idea to get a vase and do a mini scape in it. It then morphed to 36 litre tank and then this one

Where would I happen to find some of these?
Click to expand...

@Buggy you can get them on Amazon.

NatalieHurrell said:
@Buggy you can get them on Amazon.

Thank you very much

Today I took a little trip to Maidenhead Aquatics to get some pond plants. One was Club Rush, that is supposed to max out at 30cms, so have added a portion to my riparium too.

The pond is ugly as hell. I hope to remove all bar the first row of the crazy paving from the right side and grow ground cover that will hide the edge. The wildlife use the pond, so love having it there.

If all your emersed plants grow you will need to rename the journal "Welcome to the Jungle"! 😄

The Miniaturist said:
If all your emersed plants grow you will need to rename the journal "Welcome to the Jungle"! 😄
Click to expand...

I'll be mucho happy if I get to that stage

I've been once again soaking one of my original bits of wood, that I'd collected locally. It's weathered, rock hard and we think either oak or beech, as nothing else was growing in that area (if the fish go belly up we'll soon know my foraging expertise is lacking). I've managed to anchor the branch with the lava rock my anubias is growing on, plus a few more thrown in for good measure. It's not exactly aquascaping, but the rock pile has added an extra playground for the shrimp

I had to add a small bit of lava rock to the other end of the branch to keep it sitting on the corbo wood. I'm going to see how it goes and then order some more pangalino or something to attach to it. I was hoping I could orientate the wood so it looked a bit more arch like, but beggars can't be choosers.

I've moved the mini bogwood with the Wavy Green to the place where the anubias was.

I'm also intending to swap out some of the polysperma for more variety. They've more than done their job starting up the tank. Not a scrap of algae anywhere (although, possibly aided by the shrimp and guppies).

I managed to split one anubias up, to add to the rock pile and the other is now way bigger than when I bought it. I'm already eyeing it up for when we've painted the dining room. I'm going to set up an unheated shrimp tank up next to my desk. It's official, I've failed on the only having one tank front!

Wohoo. The branch has stayed put. Going to put an Anubias nana bonzai on it and a sprig or two of my existing pangalino. Also got a couple of Limnophila sessiliflora to break up the mass of polysperma. Tried to get vallis, but Horizon Aquatics had sold out of the one I wanted.

On another note my pinnatifida is sending out new growth like mad!

Glad the branch is behaving! It's a great piece of wood to adorn with epiphytes.
I've recently set up a small temperate tank (supposed to be a terrarium but was an abject failure 🙄) & found a bunch of cabomba to try. Haven't grown it for years, this lot has the round emersed leaves & yellow flowers so I hope it survives, it's leaves are so much finer than limnophila.

The Miniaturist said:
Glad the branch is behaving! It's a great piece of wood to adorn with epiphytes.
I've recently set up a small temperate tank (supposed to be a terrarium but was an abject failure 🙄) & found a bunch of cabomba to try. Haven't grown it for years, this lot has the round emersed leaves & yellow flowers so I hope it survives, it's leaves are so much finer than limnophila.
Click to expand...

Look forward to seeing it 😀
You must log in or register to reply here.