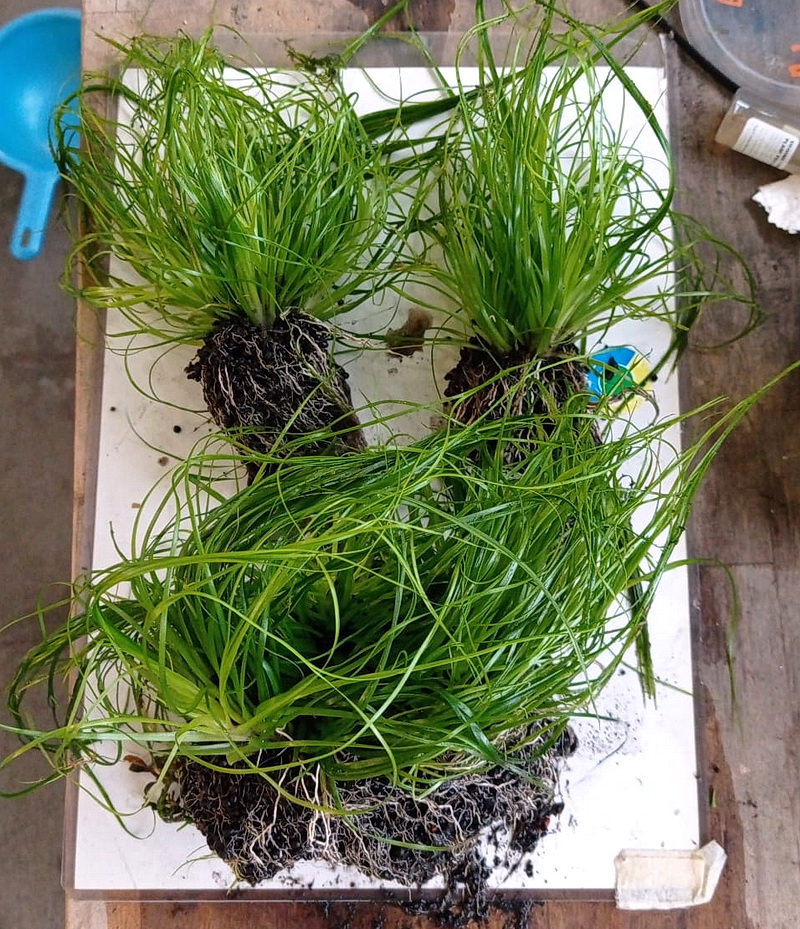 This is a mini-review of Eriocaulon 'Japan' (or 'Polaris'). As they had grown way too large, I pulled all of them out, and split one plant and replanted it after giving it a heavy trim. This gave me enough left over space to replant the Eriocaulon Vietnam (which I had pulled out) which has a more manageable size. I also finally get to see the plants that were hidden by this Erio.

The shape/growth form sort of resembles the Vallisneria 'Nana' and I think it is a viable alternative. Erios don't send out runners so this might be an advantage in terms of maintenance. You just have to pull out the plant every few months, split it, and replant.

This could be considered an 'easy' Erio as there was really no maintenance - even though there was extreme overcrowding - each individual plant had grown so big they were crowding and overlapping each other, all the leaves amazingly remained green - with some other plants you will have loads of brown leaves to contend with. The ability of the plant to maintain very 'green' leaves sets it apart from some other 'grass-like' plants that I've tried to grow.

Finally, my cherry shrimp really like this plant, there are always several hanging around deep inside the mass of leaves.

The final caveat is that I have no idea how this Erio will respond to heavy trimming - i.e. whether the trimmed leaves will die (Haven't been able to find any info on internet on trimming this) - I guess it will just grow horizontally and when the time comes I will just split the plant again and discard the trimmed part. Anyway, I'll find out soon enough and report back....

Thanks for the feedback. Whenever I want to acquire a plant, I usually check the internet to learn what others have written about it. There wasn't much written about this so I decided to write something to help the next person who is researching this plant.

I will keep this one in mind if my nana should fail or annoy me by becoming unruly
You must log in or register to reply here.