Solcielo lawrencia said:
Where is all the Cu coming from,
Click to expand...

Well thats the Cu levels before it gets to the the House, water report below. As for shrimp I have no trouble with RCS and Amanos which is expected, the taps water [Cu] does vary from 0.0024 to 0.046 ppm, its no surprise then that I see issues fro time to time - I every time I fill my tank I run the trace element lottery, makes we wonder if its even worth pursuing as moving very soon, where water is out of bore hole so RO should work out much cheaper as no charge for usage just cost of RO unit small pump to get the water pressure to a few PSI and water but for few hundred litres.

Zeus. said:
When myself and @Hanuman was putting the IFC Aquarium fertiliser calculator together, we was incorporating the users water report as much as we could, the main issue we had (after getting our heads around the carbonate/bicarbonate calculations for kH) was the water companies reports vary so much in what they choose to report on and in what units. So some things was left out as having a box to enter a value of element 'x' and unit 'y' when the user cant find the value/unit would of just ended up with folk asking us too many questions.
Click to expand...

Indeed, and there was also another issue to deal with and that is the pseudo hardness (PsH). That's when the measured alkalinity (~Carbonate Hardness - CH) exceeds the Total Hardness (TH) making the common hardness relation go haywire. The standard total hardness equation is:
TH = CH + NCH (Non-Carbonate Hardness)
In the case of a pseudo hardness scenario the equation becomes:
TH + PsH = CH + NCH
Having to deal with that was also making us go crazy and in my opinion was just making things way too complicated for the purpose of this calculator. In fact I doubt that anyone will be using the water report for the purpose of making a fertilizer but at least it is there for whoever wants. The reason being that a water report is not always what we think it is. Numbers are the reflection of tests done on a specific day or period of time. For some locations, those values will vary depending the time of year. If anyone relies on a water report to make a fertilizer I can confidently say that the fertilizer being produced will not be in line with the actual tap water you are using as a reference.

This is why I think a fertilizer needs not to account for a water report UNLESS there is a history of the tap water being high or low with a specific element and that the element content in the water does not vary through time. I think in the UK it is the case in certain parts with high Calcium (Ca) contents which stays roughly the same throughout the year. Only in that case using the water report makes sense. Still though, Ca is not an element we usually put in a fertilizer, it is usually used as a remineralizer and front loaded...

This link describes pretty well what water hardness is: Water Hardness
Last edited: Tuesday at 8:23 AM

The only elements/compounds I use the water report for myself is the NO3, which a allow for a reasonable amount for as my NO3 remains fairly constant in tap water throughout the year, plus I reduce the 26:1 Ca:Mg ratio somewhat.
"God is in the details." -Mies van der Rohe : "Do or do not, there is no try."-Yoda
Journal - Olympus 500L is Calling, Journal - Pot Scape 50l 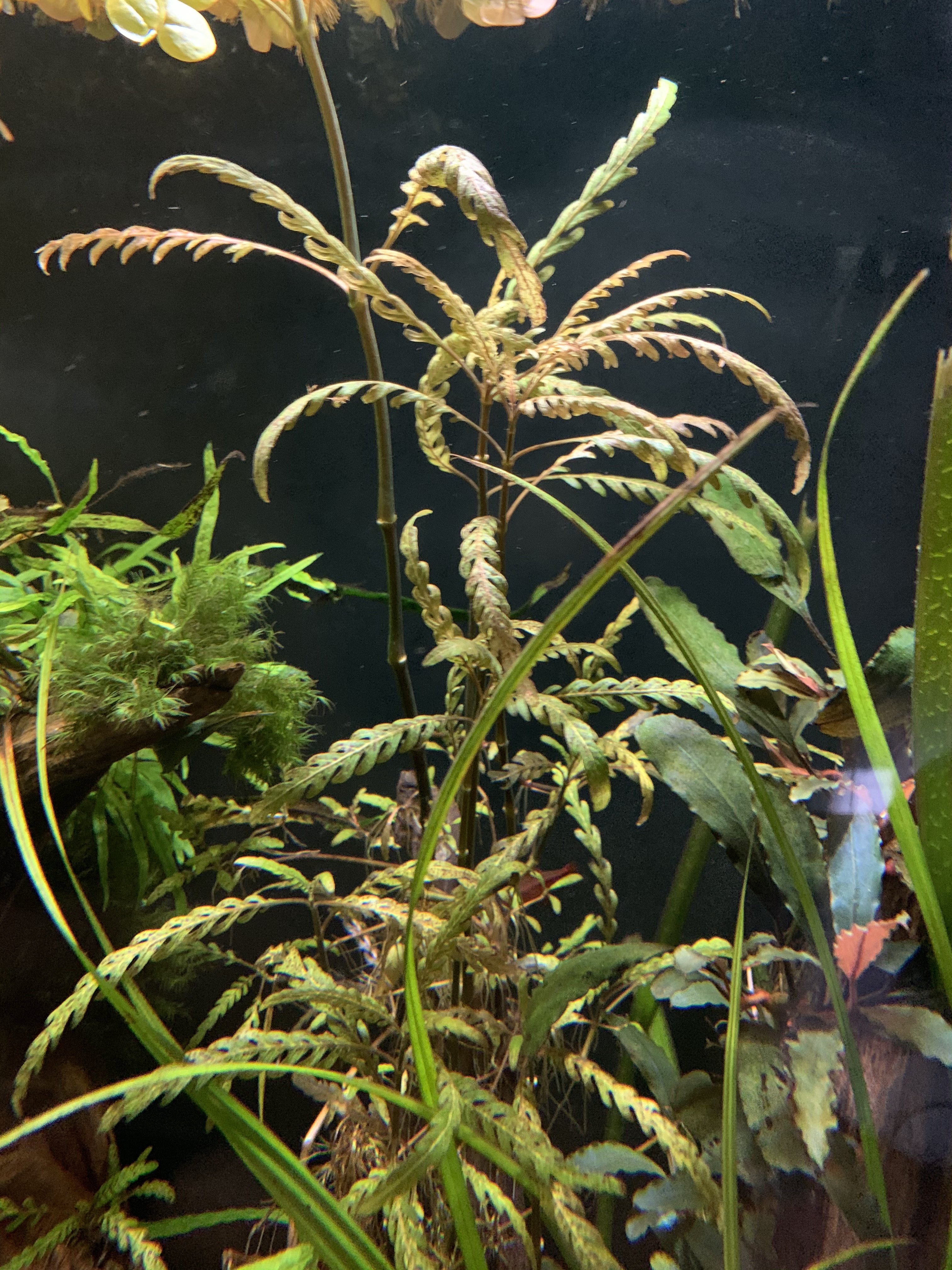 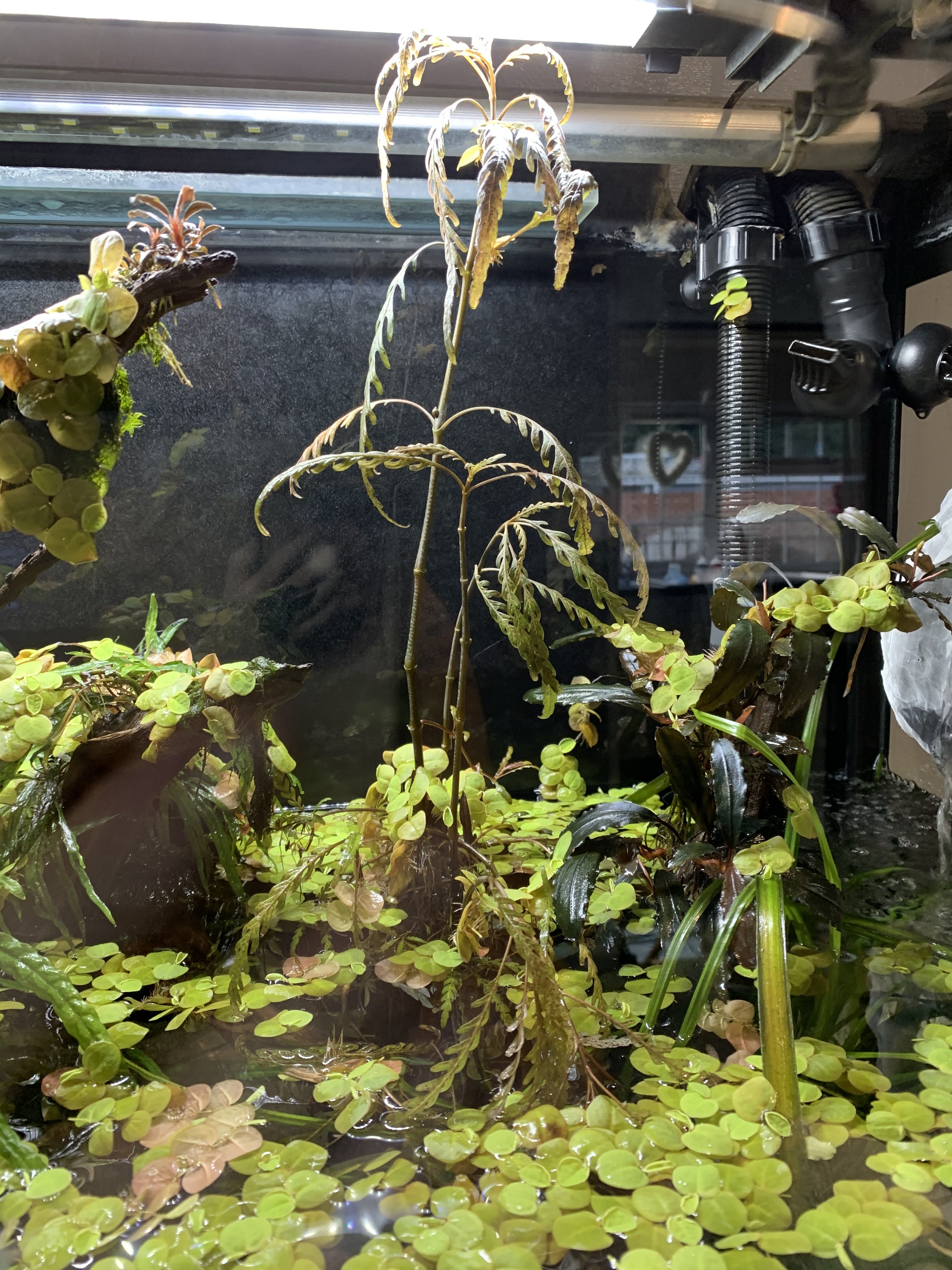 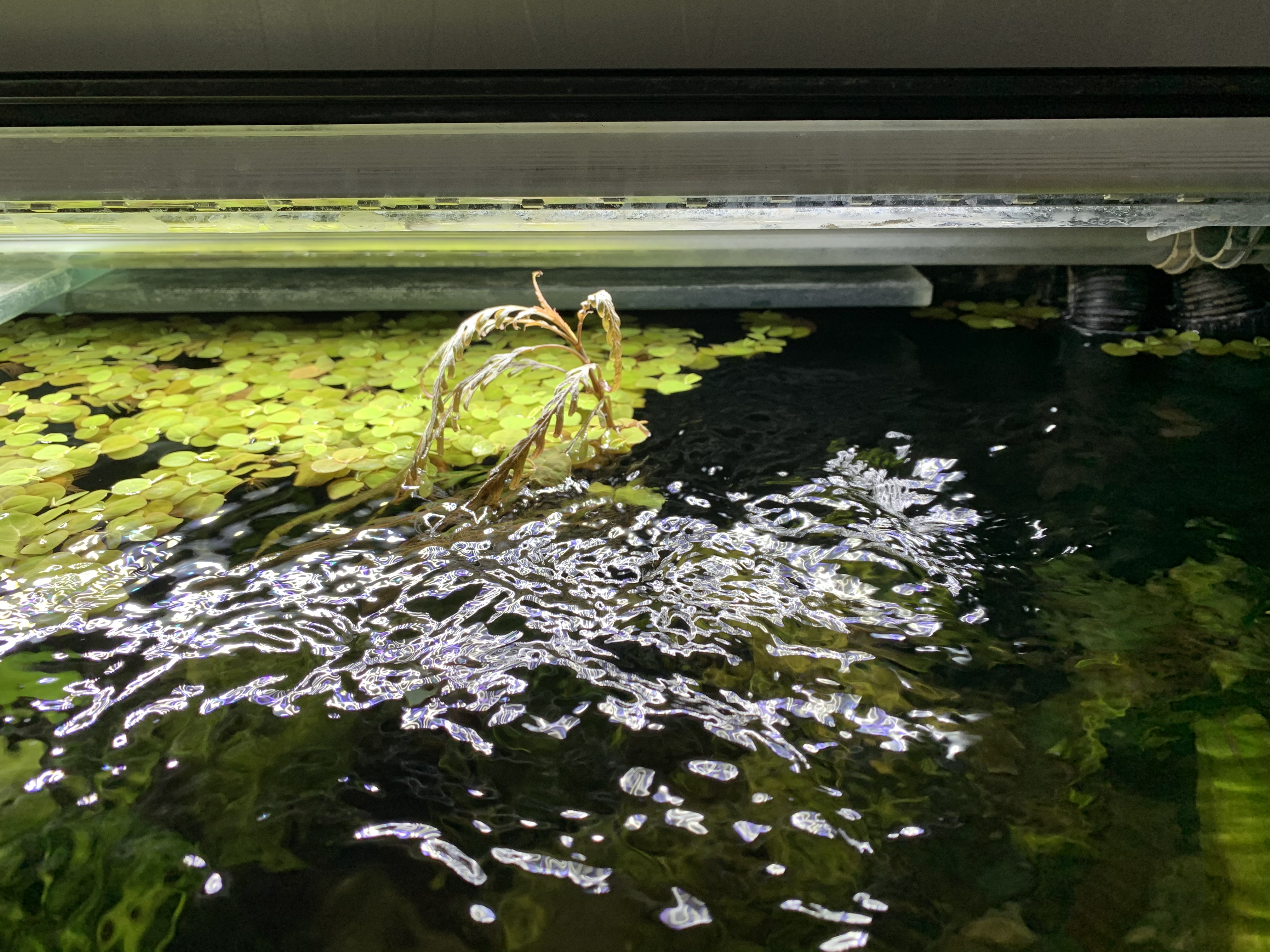 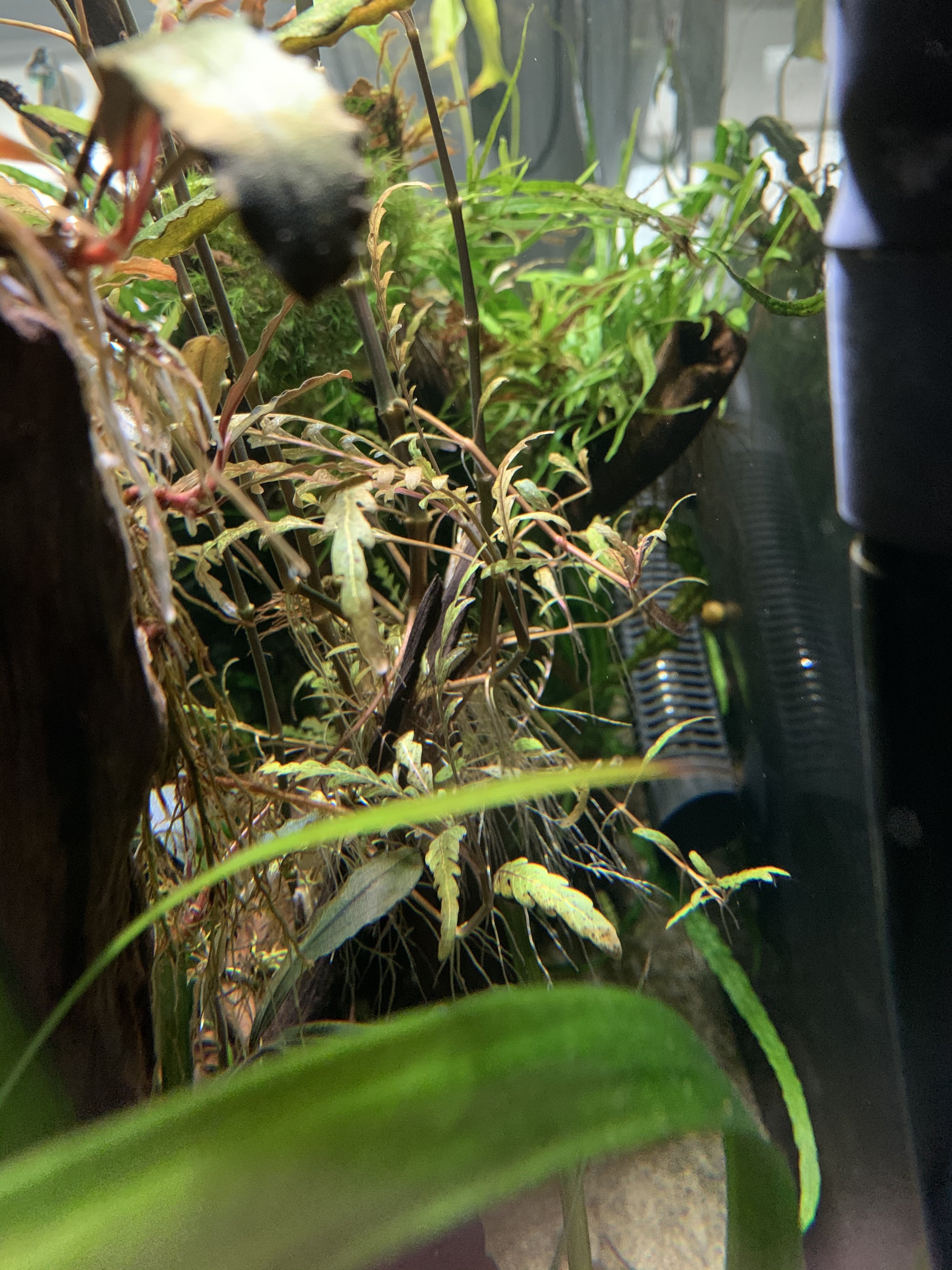 Hi all, thought I’d jump on the bandwagon too!
I bought mine from Konrad early in November and they were doing well for the first few weeks.
Now most of the leaves have fallen off but it’s continued to grow, so much so that it’s above the surface now (the leaves seem to be happier out of water?!)
It looks like it has some new growth sprouting though so I’m not giving up hood just yet!
I’d love to get it right as it’s such a beauty as I’ve just seen in @Tim Harrison tank!
Cheers

EA James said:
I bought mine from Konrad early in November and they were doing well for the first few weeks.
Click to expand...

Little update.... Since i started this thread i have been aggressively trimming all the worst effected leaves. The new growth seems decent so will keep an eye on them and see when/if they deterioate. 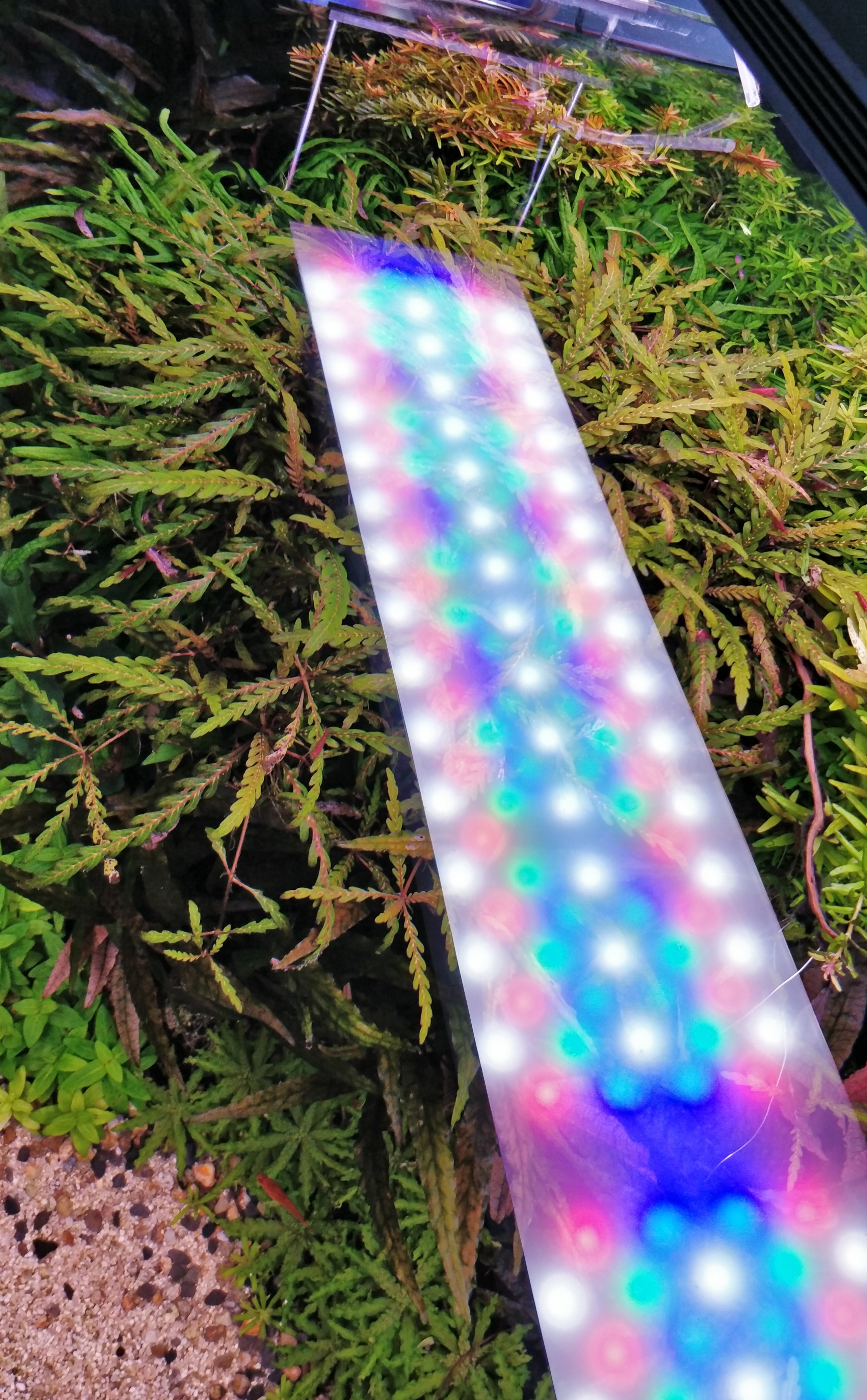 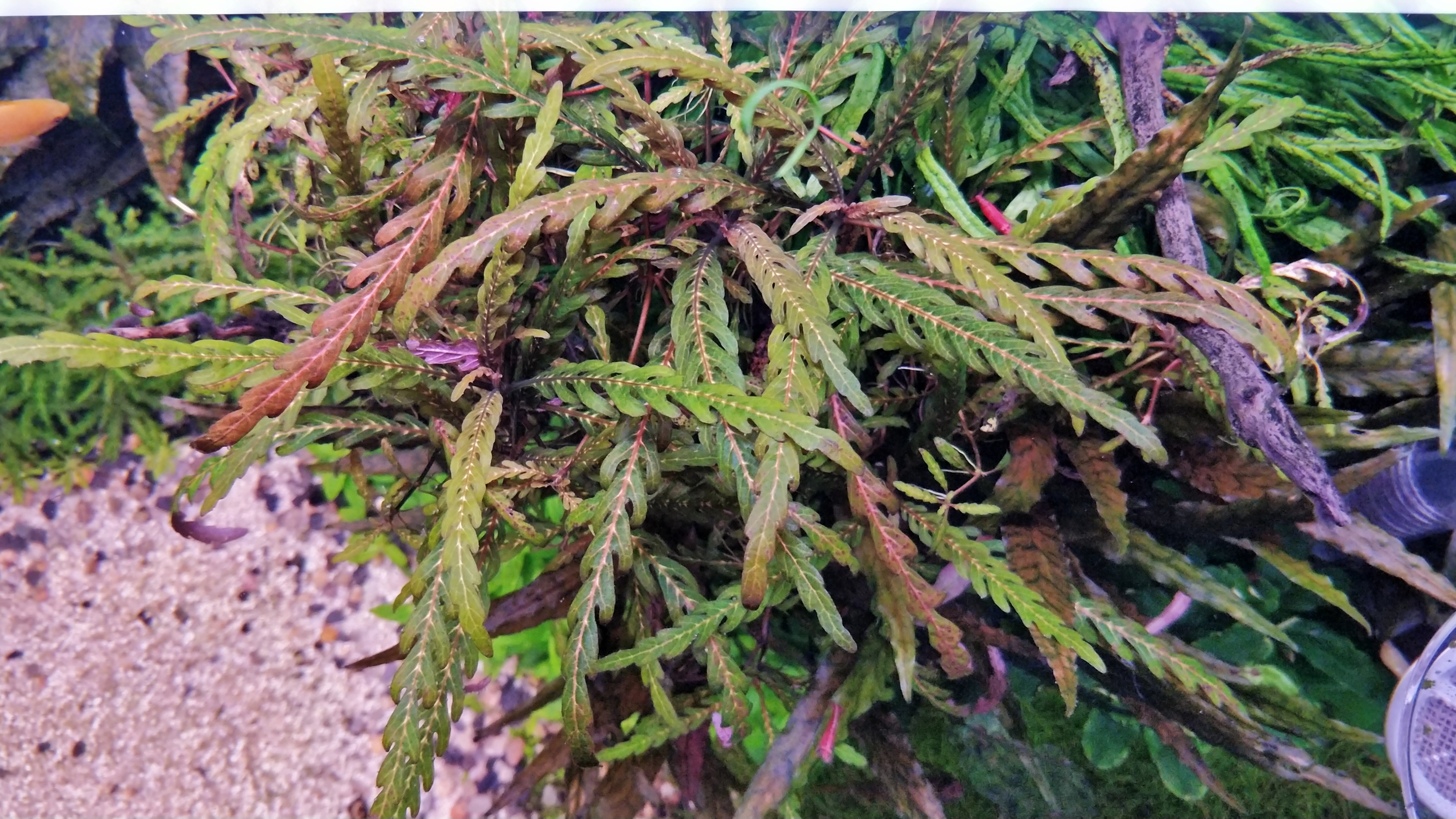 @Sammy Islam looking good mate, and no signs of pin holes either. Looks like you're onto a winner, did you change anything in your ferts or just trim?
It's probably on this thread but i don't have the time to read through all of it

Theres still pinholes but starting to look better. Up until last week i hadn't changed anything dosing wise, i used the month to trim any bad leaves and did double water changes a week as i turned down my CO2. This month is the real test really, i have reduced my micros in half using 0.3ppm FE as the proxy using APF trace, but kept my usable FE (dtpa and eddha) the same for now.

Mine have had Zero Fe this week - except what may be in the tapwater or already present in tank
"God is in the details." -Mies van der Rohe : "Do or do not, there is no try."-Yoda
Journal - Olympus 500L is Calling, Journal - Pot Scape 50l

Zeus. said:
Mine have had Zero Fe this week - except what may be in the tapwater or already present in tank
Click to expand...

I don't know what to think anymore