Hi guys, I thought I would present my 30 litre cube. Was bought second hand and I have had it for around 6 years , always as low tech with nano fish and shrimp.

6 months ago I removed everything , put some potting soil on the bottom and capped it with sand. I wanted to create a scape for my pygmy corydoras.

I tried to keep it tidy but still I could not help planting the odd plant.

From the right I have a big bunch of Bolbitis, a red tiger lotus and a big bunch of Ludwigia Repens red which I like because it grows to the top and does not branch out. Also some Cryptocoryne Nurii.

The inhabitants are 5 Corydoras pygmaeus, a lone female CPD and a few low grade cherry shrimps.

Occasionally I will throw in some leaf litter and more often than not a adler cone which is enough to stain the water to the point everything is black, at least for a day or two.
Hope you like it! 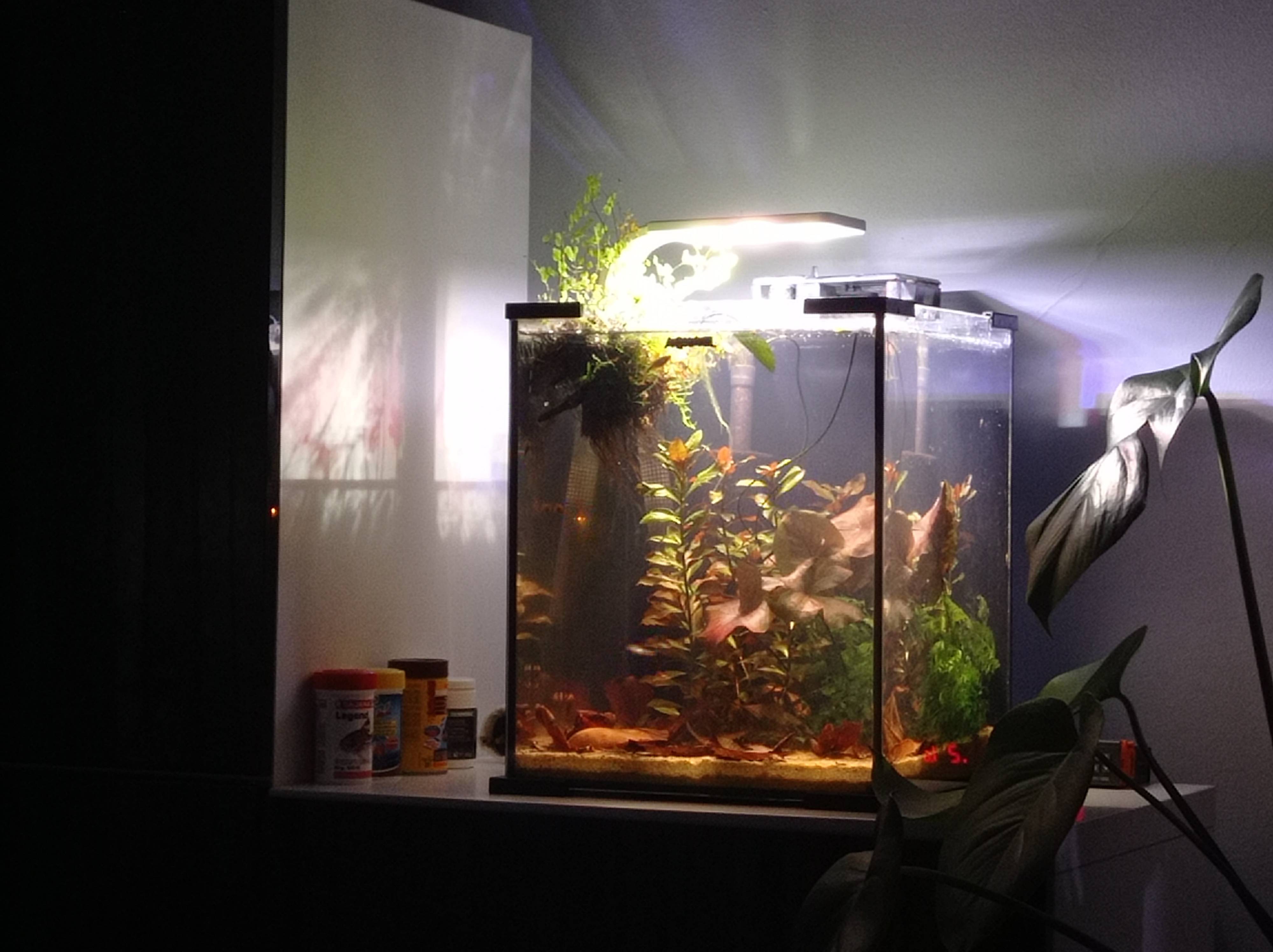 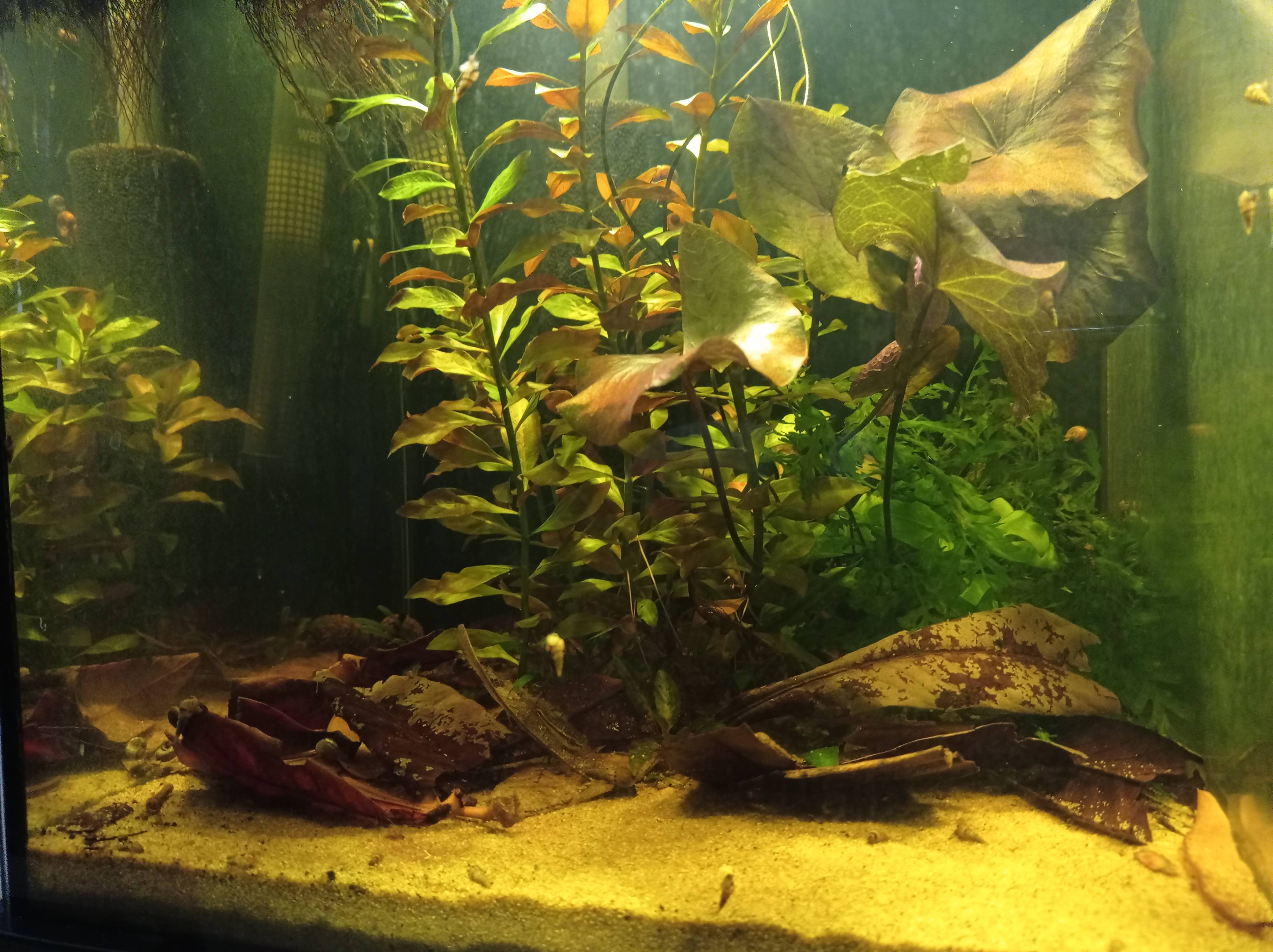 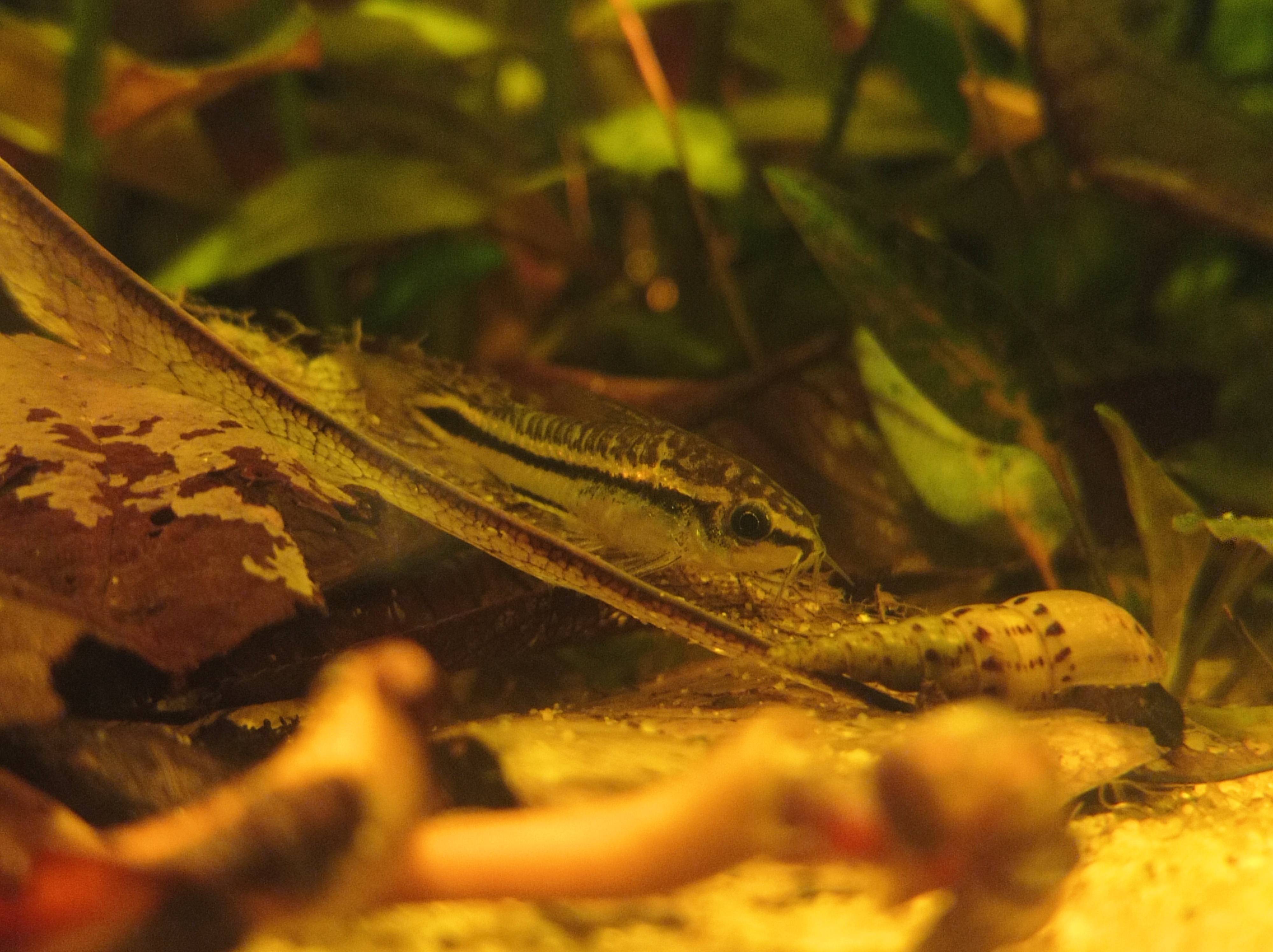 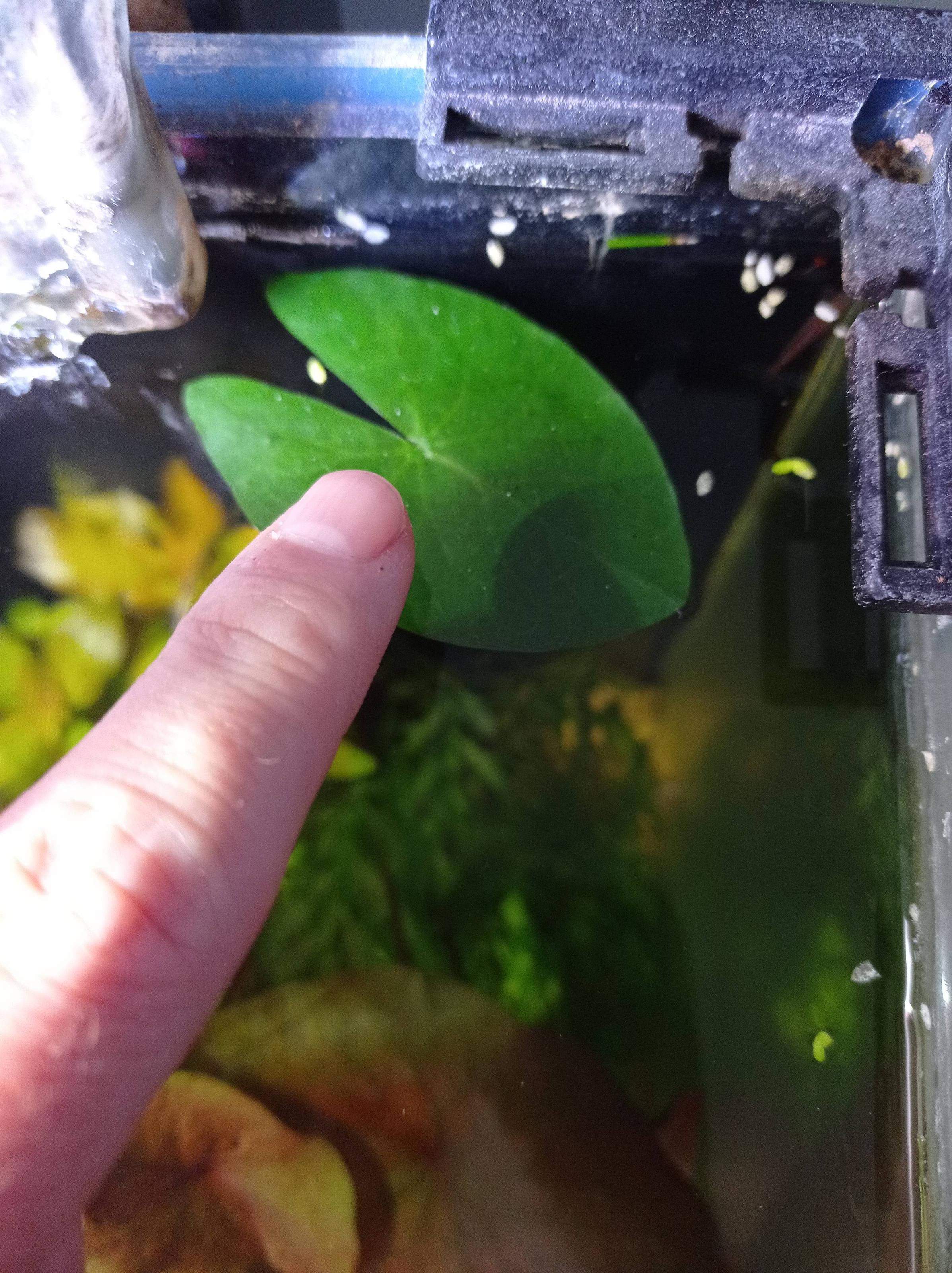